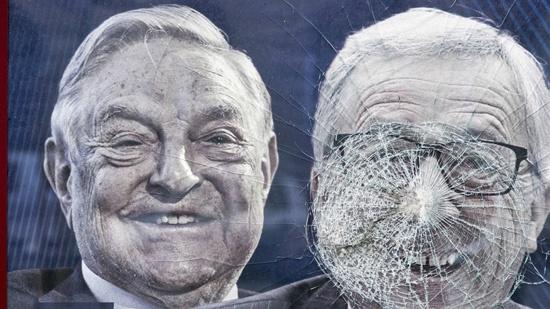 In the world of billionaire financier George Soros, his critics are “would-be dictators” who will not succeed. Meanwhile, under Trump, the Open Society founder has been pouring greater sums into lobbying than ever before.

“I’m very proud of the enemies I have,” he told the New York Times in an interview published Friday, in which he confidently predicted the popular opposition to his globalist philosophy was winding down and that a backlash against Trump-style nationalism was on the horizon.

It’s a perfect way to tell a dictator or a would-be dictator, if he identifies me as an enemy.

Soros slammed the US president as “an aberration,” predicting “what he has done in the Middle East” – clearing troops from the Turkish-Syrian border, allowing peace to break out with a deal between Russia and Turkey – “will contribute to his demise next year.”

Trump has called out Soros in the past, accusing him of paying the protesters who swarmed the Capitol over Justice Brett Kavanaugh’s nomination to the Supreme Court and hinting that he was bankrolling the migrant caravans that swarmed the US’ southern border last year. Soros is a popular villain among conservatives, who suspect that, after funding color revolutions in Serbia, Georgia, Ukraine, and elsewhere, he is trying to start one in the US. The currency speculation that has made him enemies from Malaysia to Britain has also made him rich enough to contribute billions toward funding what are usually described as “progressive causes” through his Open Society Foundations.

And he is spending more than ever on those causes, dumping some $15.9 million to influence Congress in just the third quarter of 2019 via his foundation’s lobbying division, the Open Society Policy Center, according to a recent filing. It’s a jump even over the group’s 2018 expenditures, which, at $31.5 million, made it the third-largest lobbying group that year. Only the US Chamber of Commerce and the National Association of Realtors outspent the billionaire.

Aside from lobbying, Soros spreads his money around liberally in more ways than one. He has funded media organizations like Democracy Now! and Media Matters, pro-immigration groups like the National Immigration Law Center and the Migration Policy Institute, think tanks like the Aspen Institute and the Center for American Progress, fundraising organizations like MoveOn.org that stages anti-Trump protests, and interventionist policy groups like the Global Centre for the Responsibility to Protect. He has already donated millions to the Democratic Party for 2020.

“There are more Main Streets in America than there are Wall Streets,” he said, calling Elizabeth Warren – who wants to tax the wealthy heavily – the most qualified person to be president.

Soros also has a “mortal enemy” – China,  the nation that fought a winning battle against his currency speculating in 1998, so now he calls “Xi Jinping’s China the worst threat to an open society.” Given what has happened to the other societies Soros has poured money into, Xi might take that as a compliment.