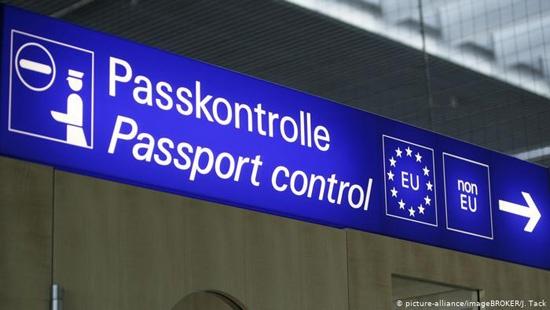 German authorities are looking for a former embassy worker who allegedly sold visa documents to members of a Lebanese clan. The clan then used the documents to smuggle Syrian refugees into Germany, according to a report.

A Lebanese man who used to work at the German embassy in Beirut is wanted by authorities over alleged “irregularities” involving visa documents, according to a report by the Bild am Sonntag newspaper.

“We are working closely with the relevant criminal investigative authorities in this case,” the German Foreign Office told the paper, adding that the suspect no longer works at the embassy.

The man reportedly worked in the embassy’s visa department until 2017 and is believed to have taken so-called “visa stickers” — papers that are inserted into passports and are necessary to travel to Germany.

He then allegedly sold the visa documents to a Lebanese clan, who in turn used them to smuggle Syrian refugees into Germany.

According to Bild am Sonntag,German authorities were tipped off to the man’s activities following nationwide raids against suspected people trafficking gangs last Thursday.

The visa documents were reportedly used to smuggle 26 Syrian refugees to Germany and the Netherlands between August 2018 and September 2019.

Lebanese clans have increasingly come under scrutiny in Germany in recent months, and have been the target of several raids in Berlin and the western state of North Rhine-Westphalia.