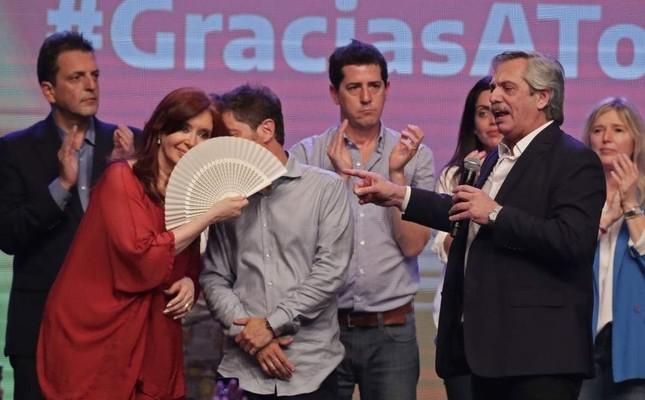 Conservative President Mauricio Macri conceded defeat in Argentina’s election Sunday night, paving the way for the country’s Peronist center-left to return to power under Alberto Fernández as frustrated voters rejected the incumbent’s handling of a bruising economic crisis that has sunk many into poverty.

The result could rattle financial markets and possibly further depreciate Argentina’s already weak currency over concerns of a return to the interventionist policies of former President Cristina Fernández, who is Alberto Fernández’s vice presidential running mate.

Opponents believe she would be the power behind the throne in a Peronist government – a fear dismissed by the candidates. Thousands of the two Fernandez’s supporters crowded their campaign headquarters in a jubilant celebration waving sky-blue and white Argentine flags and chanting “We’re coming back! We’re coming back!”

“Today, Alberto is the president of all Argentines,” said Cristina Fernández, who governed Argentina from 2007 to 2015.

“He will have a very hard task ahead of us that will require the cooperation of all Argentines.” She blew kisses at the crowd and thanked supporters who brandished tattoos with her image and the image of her late husband and predecessor as president, Nestor Kirchner, who died nine years ago Sunday.

Alberto Fernández thanked all Argentines, paid homage to the late Kirchner and said he would need the support of Macri’s administration to reconstruct what he called the inherited “ashes” of Argentina

“The only thing that concerns us is that Argentines stop suffering once and for all,” he told the crowd.

“We’re back and we’re going to be better!” Earlier in the evening, Macri told disappointed supporters at his headquarters that he had called Alberto Fernández to congratulate him and invited him for a breakfast chat Monday at the Pink Presidential Palace.

“We need an orderly transition that will bring tranquility to all Argentines, because the most important thing is the well-being of all Argentines,” Macri said.

The result still needs to be confirmed. Argentina’s Central bank said early Monday that it would sharply limit the amount of dollars that people can buy amid growing worries of a rapid loss of foreign exchange after Macri’s loss. The bank said dollar purchases will be restricted to $200 a month by bank account and $100 cash until December.

The previous amount allowed was $10,000 a month. Macri was elected president in 2015 promising to jumpstart the country’s economy. Argentines rejected at the time a successor chosen by Cristina Fernández, who along with her late husband dominated Argentina’s political scene for 12 years and rewrote its social contract.

But the divisive former leader, who embodies Argentina’s enduring cycle of hope and despair, is back.

“I’m so happy. We were waiting for this change for a long time. We’re tired of everything that has been happening,” said supporter Juan Jose De Antonio, 46. “Some of us live a different reality from those suffering hunger, but when you have a friend who lost a job, a neighbor who can’t make ends meet, it hits you.”

Sunday’s largely peaceful election was dominated by concerns over rising poverty, a sharp depreciation of the currency and one of the world’s highest inflation rates. Voters appeared to have rejected austerity measures that Macri insisted were needed to revive Argentina’s struggling economy.

Many Argentines have taken to the streets frustrated with cuts subsidies that have led to rises in utilities and transportation costs. The result also marks a shift leftward for South America, which has seen conservative governments elected in Brazil, Colombia and Chile in recent years. She was considered part of the “pink tide” of leftist governments that arose in the region in the 1990s and 2000s.

The Peronists apparent return to power in Argentina comes as other governments in the region come under pressure for corruption, inequality and slowing growth, most notably in Chile which recently saw a protest with more than 1 million participants.

“We Argentines deserve a better country, with work, where we can live peacefully, above all,” said Antonella Bruna, 32, as she voted at the medical school of the National University of Rosario, about 180 miles (290 kilometers) northwest of Buenos Aires.

Macri retained wide support among the key farming sector in one of the world’s top suppliers of grains. But overall frustration over the economy eroded the popularity of the pro-business former mayor of Buenos Aires. It also propelled the candidacy of Alberto Fernández, whose surge has sent jitters in the financial markets. In Argentina’s August party primaries seen as a barometer of candidate popularity, the surprisingly poor performance by Macri caused stocks to plunge and the peso depreciated on the possibility of a return to the interventionist economic policies of Cristina Fernández. Macri’s camp tried, but failed to capitalize on that unease, portraying her as a puppet master waiting in the wings.

The presidential candidate has dismissed those fears. Alberto Fernández served as chief of staff from 2003 to 2007 for Cristina Fernández’s predecessor and late husband, Néstor Kirchner. He remained in the position during part of her term as president but left after a conflict with farmers in 2008. Peronism is a broad but splintered political movement in the South American country of 44 million people. On the election trail, Fernández criticized Macri’s decision to seek a record $56 billion bailout from the International Monetary Fund, a deeply unpopular institution in Argentina that is blamed for creating the conditions that led to the country’s worst economic meltdown in 2001.

Macri is credited with returning Argentina to international global markets following a break after the 2001 crisis and with helping strike a free trade deal between South America’s Mercosur bloc and the European Union amid global trade tensions and rising protectionism. But he failed to deliver on promises to jumpstart the economy of the recession-hit country, while Argentines continue to lose purchasing power to an inflation rate of more than 55 percent and about a third have been plunged under the poverty line. On the campaign trail, Macri pleaded for more time to reverse fortunes and reminds voters of the corruption cases facing Cristina Fernández, who has denied any wrongdoing and remains a powerful if divisive figure in Argentina. “It’s important so we don’t go back to the time of the Kirchners, when there was so much robbery, so much embezzlement. That wouldn’t be good for the country,” said Bernarda Nidia Guichandut. Argentines also chose 130 lower house seats and 24 senators in Congress, as well as regional mayors, governors for three provinces and the head of government for the Argentine capital. 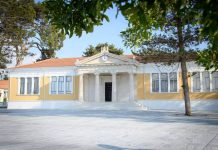 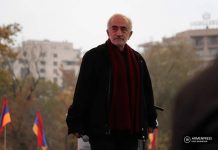