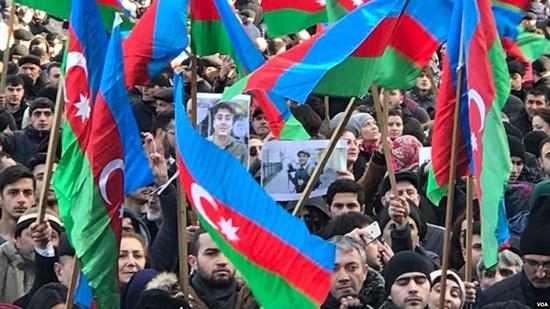 The action is scheduled for 15.00. This was announced by Ali Karimli, a member of the NCDF coordination center, leader of the Popular Front Party of Azerbaijan (PFPA) on the air of the Internet television Osmanqızı TV.

The opposition suggested that the Baku Executive Power coordinate the protest rally either at the Mehsul stadium or on the square in front of the May 28 metro station.

“We proposed a compromise. We can hold an action at the Mehsul stadium. But if the government again does not agree with this place, then we will hold an action in front of the metro station May 28,” Karimli said.

According to him, “the decision to rally was a manifestation of the will of the Azerbaijani people.”

“We made this decision, having felt the support of the people on social networks. A sufficiently large number of people require a rally. We feel the beginning of a new popular movement,” Karimli said.

After the opposition rally on January 19, authorities did not allow protests in the city. The city administration offers to hold the rally at a stadium in the village of Lokbatan, 20 km from Baku. The opposition considers it unacceptable to hold a rally at such a distant place.

On October 19, opposition supporters attempted to hold a rally in the city center. The police harshly suppressed this action. Mass detentions were made. About 30 activists were arrested administratively.