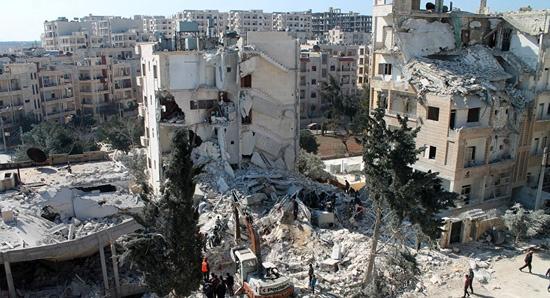 On Sunday, US President Donald Trump confirmed that the long hunt for Abu Bakr al-Baghdadi was over, saying the world’s number one terrorist leader had been killed in a US operation in Syria’s Idlib Province. The Russian Defence Ministry said that it possessed no reliable data about this statement and had reasons to question its veracity.

One of Daesh leader Abu Bakr al-Baghdadi’s top aides, Ismael al-Ethawi, revealed to Iraqi intelligence how the mastermind of numerous terrorist attacks and executions managed to escape capture for many years in February 2018, Reuters reports, citing an Iraqi security official. The breakthrough came after Turkish authorities arrested al-Ethawi and handed him over to the Iraqis.

“Ethawi gave valuable information which helped the Iraqi multi-security agency team complete the missing pieces of the puzzle of Baghdadi’s movements and places he used to hide. Ethawi gave us details on five men, including himself, who were meeting with al-Baghdadi inside Syria and the different locations they used”, the unnamed source told the news agency.

The arrested militant explained that the world’s most sought-after terrorist met his commanders for talks in moving minibuses with vegetables to double back and elude the security services of many countries.

Ethawi, a member of al-Qaeda since 2006, was already arrested and jailed by the US in 2008, before rising to become one of al-Baghdadi’s top five aides, according to Iraqi officials. The terrorist leader tasked the man, who holds a PhD in Islamic Sciences, with selecting commanders and formulating religious instructions. After international forces countered Daesh, Ethawi, who was married to a Syrian woman, fled there.

Apart from him, Iraqi officials are said to have obtained key information to find al-Baghdadi earlier this year, after they tracked and captured five senior Daesh leaders in a joint operation with US and Turkish operatives.

“They gave us all the locations where they were meeting with Baghdadi inside Syria and we decided to coordinate with the CIA to deploy more sources inside these areas. In mid-2019 we managed to locate Idlib as the place where Baghdadi was moving from village to village with his family and three close aides”, an Iraqi official told Reuters.

Ethawi was spotted at an Idlib marketplace by informants and followed to al-Baghdadi’s hideaway.

“We passed the details to the CIA and they used a satellite and drones to watch the location for the past five months”, the official said, noting that the terrorist had been seen leaving the location with his family on a minibus and travelling to a nearby village just two days before meeting his demise.

As the outlet points out, al-Baghdadi’s local rivals from Hayat Tahrir al-Sham, earlier known as the Nusra Front, might have played a role in finding the Daesh leader. It cites an Idlib commander from the jihadist group as saying that they had recently captured al-Baghdadi’s aide Abu Suleiman al-Khalidi. According to him, the top terrorist was believed to have been hiding in Idlib for half a year. As the news agency points out, this group is believed to have contacts with Turkish forces that could’ve passed the information about al-Baghdadi along to colleagues in other countries.

On 27 October, US President Donald Trump announced that al-Baghdadi had been hunted down in Syria’s Idlib after touting the big news on Twitter writing that “something very big has just happened”. Trump said al-Baghdadi “died after running into a dead-end tunnel, whimpering and crying and screaming all the way”. He also noted that no US forces were killed in the operation, which was said to have taken place in northwestern Syria. Although POTUS thanked Russia, Iraq, Syria, and Turkey for their assistance, the Russian Defence Ministry revealed that it possessed no reliable data about the US operation and had reason to doubt if it had actually taken place.

The world’s most wanted terrorist made his first media appearance in 2014 when ISIS officially re-branded itself as IS and declared itself a caliphate under al-Baghdadi’s leadership. Since then, he has made headlines multiple times with reports of his purported death.