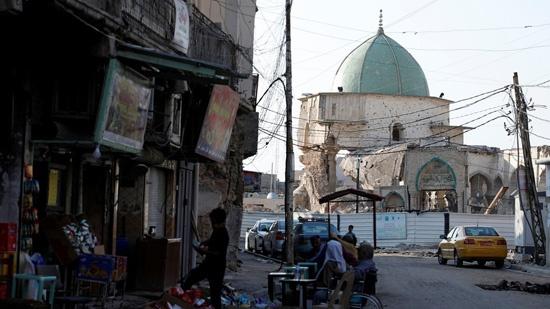 The killing of Abu Bakr al-Baghdadi by US troops may give a ‘fresh impetus’ to Islamic State and other terrorists in the area, Middle East experts have warned.

On Sunday, US President Donald Trump announced that a raid in Syria’s Idlib province resulted in the death of the leader of Islamic State, who detonated a suicide vest after being cornered in a tunnel.

Under the leadership of the Iraq-born former religious scholar, IS captured large swathes of Iraq and Syria, broke off its ties to Al-Qaeda, and emerged as an even more violent terrorist organization responsible for bombings, torture and the genocide of Yazidis around 2014. Baghdadi was illusive for years, with reports of him being killed popping up occasionally as his “caliphate” was destroyed by the joint efforts of Iraqi, Syrian, Russian and American forces with the help of Kurdish and other militia groups.

“The death of him, like Bin Laden before him, was significant that it took out a very charismatic leader,” said former Pentagon official Michael Maloof. Yet he expressed concern that it would “give it [IS] a fresh impetus to continue on.”

Middle East expert Nicolas Davies suggests the killing, as well as other raids, may only inspire some people for more violence.

“In fact, Syria’s research has found that for instance – the study of civilians in conflict – found out that most people join one of these armed groups out of self-protection – to protect themselves, their families or their communities  after their lives have been destabilized by these kinds of counter-terrorism operations or invasions of foreign forces,” he argued.

Maloof thinks that a lot depends on the identity of the next leader, and whether he will be as charismatic and unifying, because various IS factions have different opinions about who should head the organization. He even suggested that the group might unite with Al-Qaeda again, as the split was due to Baghdadi’s personal fallout with its leader, Ayman al-Zawahiri.

There have been reports that Baghdadi’s successor has already taken the symbolic reins over the now-defunct “caliphate,” however. Newsweek reported, citing a regional intelligence official, that the new terrorist-in-chief is Abdullah Qardash, a former Iraqi military officer who served under Saddam Hussein. In August, Qardash, also known by the alias Hajji Abdullah al-Afari, was allegedly picked by Baghdadi to be in charge of the terrorist group’s “Muslim affairs.”

The reported death of Baghdadi comes amid an impeachment saga in the US. While the killing of the world’s top warlord could help Trump “temporarily as a foreign policy victory,” it is unlikely to “lessen the fervor of the radical Democrats” to pursue impeachment proceedings, Maloof said.

Moreover, “there might some arguments saying whether this all was ‘trumped up’ to throw everybody off on the impeachment thing,” he noted.

While Trump expressed gratitude to Moscow for facilitating the operation, the Russian Defense Ministry was seemingly taken aback by the US president’s words, saying that it failed to register any US coalition strikes in the Idlib area at the time of the Saturday raid. The US leader’s statement should be taken with a grain of salt, Davies agreed.