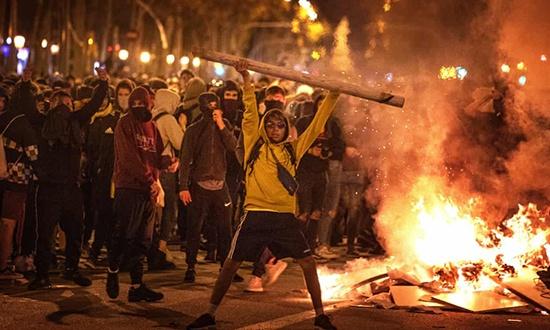 Madrid has sentenced several Catalonian politicians to lengthy prison terms over their role in 2017 referendum earlier this month, which caused mass rallies of the supporters and opponents of region’s secession from the kingdom.

The Belgian prosecution has agreed to extradite ex-President of the Catalan government Carles Puigdemont to Spain, his lawyer announced on Tuesday, adding, however, that the final hearing on the recently issued warrant has been postponed and will take place on 16 December.

The politician is living in self-imposed exile in Brussels, as he had to leave Spain shortly after the Catalan independence referendum that was held in October 2017. Madrid called the vote illegal and dissolved the Catalan parliament in response, imposing direct rule over the region.

Earlier this month, mass rallies rocked Spain on the second anniversary of the failed Catalan bid for independence, resulting in violent clashes and hundreds of people being injured along with around 200 detained.