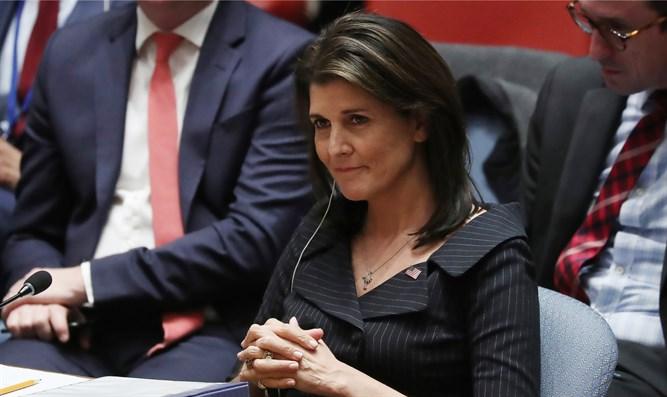 Former US Ambassador to UN: Just when you thought Bernie Sanders couldn’t get any more radical, he outdid himself.

Nikki Haley, the former US Ambassador to the UN, on Monday fired back after Senator Bernie Sanders (I-VT) called the Israeli government “racist” and suggested that the US should redirect its aid to Israel and give it to Gaza instead.

“Just when you thought Bernie Sanders couldn’t get any more radical, he outdid himself. He wants to take money we give to Israel to defend itself from terrorists, and give it to Gaza, which is run by terrorists?? Unreal. Why isn’t every other Dem pres candidate saying he’s wrong?” tweeted Haley.

Sanders, who is seeking the Democratic party’s presidential nomination, made the comments during an address at the J Street conference.

“It is not anti-Semitism to say that the Netanyahu government has been racist,” Sanders said. “That’s a fact.”

He also addressed the close friendship between US President Donald Trump and Prime Minister Binyamin Netanyahu and ridiculed the two, saying, “One is on the way to being ousted and the other may be sent to prison.”

Sanders, who is Jewish, has caused an uproar due to anti-Israel statements he has made in the past.

In August, Sanders said the US cannot prioritize the wants and needs of Israel over all else if it wants to help bring peace to the Middle East.

In April, he described the Israeli government as “racist” and said that Prime Minister Binyamin Netanyahu “is a right-wing politician who I think is treating the Palestinian people extremely unfairly.”

Last year, he criticized Netanyahu and his policies, saying, “As someone who believes absolutely and unequivocally in Israel’s right to exist… we must say loudly and clearly, that to oppose the reactionary policies of Prime Minister Netanyahu does not make us anti-Israel.”