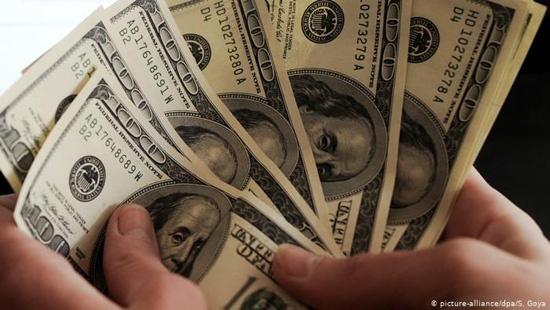 Once a critic of low interest rates, President Trump is now calling for zero or negative rates in the US. Some believe the measure will prevent another economic crisis but will require Trump to play up the positives.

Before his 2016 election win, Donald Trump accused the US Federal Reserve of using record-low interest rates to create a “false economy.” He said the measure meant that American savers were “getting absolutely creamed” and that rates would eventually have to return to normal.

Three years on, Trump continues to goad economic policymakers and spent the summer hounding the US central bank to cut rates, which Fed Chair Jerome H. Powell did on two occasions. Last month, he went a step further and urged the Fed to slash rates to zero or even into negative territory.

So why the sudden desire to embark on a controversial monetary policy that at one time seemed inconceivable? After all, only Japan and a few European countries have introduced negative interest rates only to find they had limited impact in boosting economic growth.

Next year, Trump will seek reelection just as the US’s most prolonged period of economic expansion threatens to grind to a halt. The president, whose fortunes have been boosted by the same “false economy” and “artificial stock market” he once complained about, is eager to avoid a similar slowdown to the 2008/09 financial crisis on his watch, or at least until he is safely into his second term.

Until Trump’s most recent comments, most economists believed that the US economy would remain strong enough to negate the need to resort to negative rates. But a growing chorus is now espousing the virtues of negative rates or at least warning they may be necessary, including former Fed Chair Alan Greenspan, who last month warned “t’s only a matter of time.”

Proponents of low-interest rates acknowledge that negative rates may not prevent a downturn altogether but can help avoid a lasting economic contraction.

“The severity of the Great Recession was almost entirely due to the fact that we were not yet used to a negative interest rate policy,” economist Miles Kimball from the University of Colorado Boulder, told DW. “If rates had been cut to -5% early in 2009, we would have had a strong recovery by mid-2010.” Kimball  added that a negative rate policy by the Fed would be “a really good guarantee that we wouldn’t get into another terrible recession.”

Negative rates are meant to penalize financial institutions for parking money with the central bank where they will have to pay rather than earn interest. Instead, the measure encourages banks to lend to the real economy. Although they do lower borrowing costs to businesses and consumers, negative rates also weaken the country’s currency. For the US, the policy would boost flagging American exports, impacted by the enduring US-China trade war, and push up the price of imported goods, creating much needed inflation.

Negative rates, however, eat into lenders’ profits, which could, if the measure were sustained, eventually force banks to stop lending. More critical, for Trump, a negative rate policy would punish American savers even harder. They’ve already seen the interest on their nest eggs wiped out by the Fed’s decadelong low rate policy. Paying a bank interest to hold your money could prompt a backlash from voters, which Kimball insists policymakers must overcome.

“You need to have ways to protect small savers from negative rates. If people know that negative rates won’t affect them, they’re going to be a lot less riled up.” To avoid political blowback, Kimball told DW that Fed subsidies could be used to “make sure small checking and saving accounts never see negative rates and also ensure that bank profits are protected.”

How low can you go?

Protecting small savers would be essential to ensure that the lever of negative rates could be used to its full effect. The modest moves into negative territory by the European Central Bank, -0.1% in June 2014 and reaching -0.5% in September this year, and Japan, where its short term-rate remains at -0.1%, have done little to arrest deflation and boost their economies.

Kimball, a longtime advocate for eliminating the so-called zero lower bound on interest rates, proposes a deeper slashing: “It’s not like a cut of 10 basis points suddenly becomes magically powerful,” Kimball told DW. “But a cut of 600 basis points has always been powerful and it continues to be very powerful in the negative region.”

Like many of his peers, the University of Colorado Boulder economist doesn’t think negative rates will happen before the US election. In the meantime, he says Trump could do the Fed a favor and continue to champion their benefits on social media.

“Now that he has done a series of favorable tweets, it could dramatically change the attitude of some folks with Republican leanings. Since most Democrats are likely to defer to the Fed in a situation where negative interest rates are needed, that should make policymakers a lot more comfortable.”