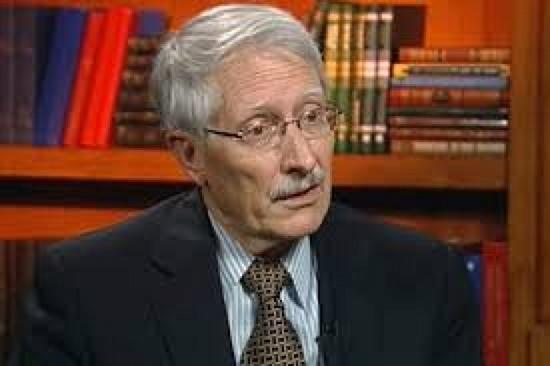 Baku/29.10.19 / Turan: Not only Ali Karimli, but also others were detained and beaten. This is a sign that little has changed in the behavior of the regime in relation to freedom of expression in modern society. This is how the former US Ambassador to Azerbaijan, Richard Kauzlarich, commented in an interview with Voice of America about recent protests in Baku and police actions.

According to the former Ambassador, people should be allowed to express their concerns about social and economic problems. The harsh behavior of the police against participants in the peaceful protest contradicts the image that the Azerbaijani government is trying to create about itself.

Kauzlarich also commented on the harsh statement of the US Embassy on these events, calling it a “good indicator.”

“This shows that the international community and the USA are paying attention to what is happening in Azerbaijan and are responding to police brutality. I am very pleased that the EU has made a serious statement. This is the reaction of the two strongest partners of Azerbaijan in the West,” the ex-Ambassador said.

“Why haven’t we done this before? I cannot answer this question. But this time, the behavior of the (police), the mass detentions of people who were beaten and dragged into the buses, were so disgusting that I think this is the reason for such statements,” Kauzlarich continued.

He also expressed bewilderment at the dissemination of secretly recorded conversations of Western diplomats in the media. “This goes beyond normal behavior. You can call the American Embassy to criticize something. But to record completely innocuous conversations, and then publish them, to put it mildly, is rather strange,” he said.

Can the US government demand an investigation into this matter? Kauzlarich answered this question as follows: “If I were in the State Department, I would call for an investigation.”

According to him, such discussions are often held privately with the Azerbaijani Embassy in Washington and between the US Embassy in Baku and local authorities.

There was nothing criminal in the published negotiations. If a demonstration takes place, then any Embassy employee can contact the person who has the information and find out what is happening, he said.

“So I was surprised that it was presented as an American-controlled demonstration,” Kauzlarich said.

In recent years, not only members of opposition parties in Azerbaijan, but also independent observers have complained that the US government does not pay enough attention to human rights and democracy and that Washington officials are often busy with energy and security issues, ignoring human rights and democracy in Azerbaijan. Can the situation change and can the US government pay more attention to these issues? Answering this question, Kauzlarich said the United States as a member of the UN and the OSCE can speak on human rights and freedom of expression.

“And we must not agree that by raising these issues, we can undermine our relations in key areas such as energy and security. I do not know what the current US administration plans to do in terms of protecting democratic principles. This is hard to predict. But, in my opinion, the latest statement by the Embassy testifies that such issues will not be ignored if such events continue,” Kauzlarich said.

When asked what he expects from the future of Azerbaijan, the Ambassador said the Azerbaijani people should be proud of certain achievements in the energy sector. US diplomacy greatly supported Azerbaijan, allowing it to exist without pressure from Russia and Iran. “But there were more expectations, primarily in the field of democracy, but also more progress in economic reforms,” he said. -16D-