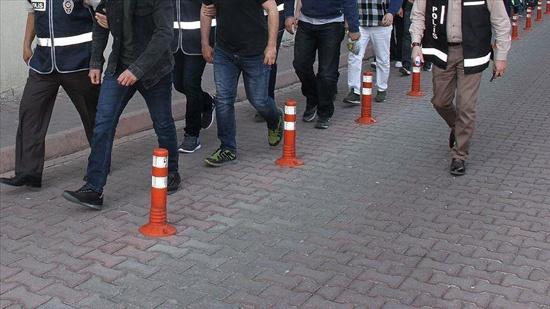 At least 20 people were detained on Oct. 28 in the capital Ankara for their suspected links to the ISIL terrorist organization, a security source said.

The suspects, all foreign nationals, were arrested in a joint operation by counterterrorism units of the provincial police department and the Turkish National Intelligence Organization (MİT), state-run Anadolu Agency was told by the source, who asked not to be named due to restrictions on speaking to the media.

They were taken under custody from their hideouts spread across the city.

They will be referred to the migration office for deportation, the source added.

Turkey recognized ISIL as a terrorist organization in 2013.

Since then, Turkey has been attacked by ISIL terrorists numerous times, including in 10 suicide bombings, seven bombings, and four armed attacks.

In response to these attacks, Turkey launched anti-terror operations at home and abroad.