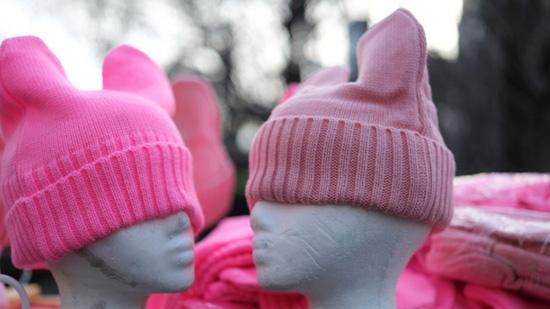 Super-woke musician John Legend has reportedly “updated” a 1940s classic love song for modern liberal sensibilities, in a downright Orwellian twist to the ongoing US culture war that consumes everything it touches.

“Baby It’s Cold Outside,” first recorded in 1944, has been covered by many a celebrity duet since – until it ran into the #MeToo minefield last year, and got canceled because some people complained very loudly on social media that its lyrics were about “date rape.” Or as CNN chose to phrase it, “some observed that aspects of the original song were a bit problematic when viewed through a modern lens.”

Legend rode to the rescue, recording a remake of the song with Kelly Clarkson that re-framed the “rapey” lyrics with what seems like a celebration of alcoholism instead, using language commonly employed to champion abortions:

What will my friends think…(I think they should rejoice.)
…if I have one more drink? (It’s your body, and your choice.)

Little else is known about the new version. Though recorded in response to last year’s ban, the song isn’t out yet. Legend previewed it to Vanity Fair over the course of a cover story fawning over his “resistance” activism, among other things (it was the magazine’s special“impeachment edition”).

If comments on CNN’s report were anything to go by, literally nobody asked for a remake of a song that had been played for 70 years, and was good enough for Rod Stewart and Dolly Parton; Ray Charles and Betty Carter; and Tony Bennett and Lady Gaga, among others.

“The entirety of human civilization is problematic when viewed through a modern lens,” said one comment. “Literally none of the aspects of that song are problematic unless you twist them and make them out to be,” said another.

Someone even quoted a passage from George Orwell’s 1984, about how “nothing exists except an endless present in which the Party is always right.”

Meanwhile, the culture war madness has made it impossible to tell whether the person who said a reference to climate change “would have finished it off nicely” was joking or being serious.

A lot of art created in the 1940s is considered ‘problematic’ by culture crusaders today, whether because of the ubiquitous use of tobacco, male-female relations, ‘racism’ or any number of other things. Yet it was a product of that age, and reflected the culture and customs of the time. Trying to ‘remake’ any of it to fit a world of cell phones, postmodernism and intersectionality is a recipe for disaster.

Yet the present-day celebrity artists insist on bowdlerizing the classics instead of creating their own fresh art, properly grounded in their ‘woke’ sensibilities – almost as if they were incapable of actually doing so.