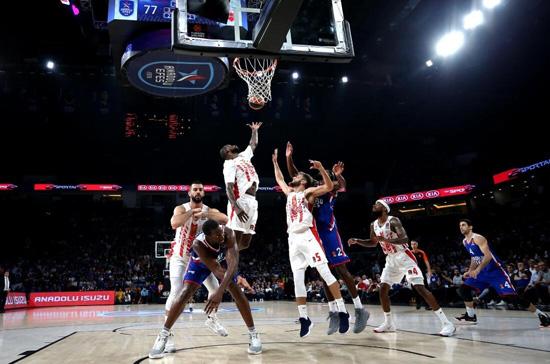 Anadolu Efes now has four wins and one loss in the tournament.

The team lost to Spain’s FC Barcelona 74-64 on Oct. 4 in a Round 1 match in Istanbul but managed to win four games in a row in the regular season.

Brown had six turnovers. In addition, he was the only Crvena Zvezda player scoring in double digits.

The Turkish club is set for some compelling away games in Greece in the EuroLeague as it will face Panathinaikos OPAP Athens on Oct. 31 and Olympiacos Piraeus on Nov. 7.