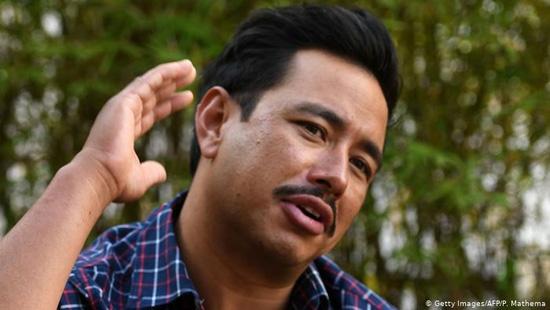 Nirmal Purja has conquered the world’s 14 highest peaks in the space of just six months. The Nepalese mountain climber pushed the boundaries of what is possible thanks to a strong team, bottled oxygen and determination.

Every now and then Nirmal “Nims” Purja still slips back into military jargon.

“I’m still standing strong and bold on the battlefield, my mission, my vision and my target is very clear.”

Conquering all 14 eight-thousanders in seven months was the goal the former Gurkha and Special Boat Service Soldier had set for himself, and the 36-year-old accomplished the feat in just over six.

Having started his tour de force over the eight-thousand-meter-high summits by conquering Annapurna (8,091 meters) on April 23, Purja completed his mission by reaching the summit of Shishapangma (8,027 meters) in Tibet on October 29. The lowest eight-thousander may have been his last – but it was also the one that gave him the most trouble.

His problems started with the Chinese authorities, who had closed the mountain for this autumn – officially over safety concerns. The rumor, though, was that the actual reason was that Beijing wasn’t keen on foreign observers being around in case there should be any sort of unrest in Tibet around October 1, the 70th anniversary of the founding of the communist state.

Not only did the Nepalese government ask their Chinese counterparts to make an exception for Purja but, with countless emails and blog entries, people from the mountaineering community also took up the case. Surprisingly, the Chinese authorities eventually granted Purja special permission to climb the Shishapangma after the end of the national holiday week so that he could achieve his “Project Possible,” as he had dubbed it.

When Purja unveiled his plan at the end of last year, most simply shook their heads.  Only around 40 mountaineers had climbed all 14 eight-thousanders at the time and the man who did so the fastest, Kim Chang-Ho of South Korea, needed all of seven years and 10 months to do so. Everybody in the mountaineering community wondered how Purja could manage to do the same in just seven months – and how he was going to finance the project.

“It’s been one financial risk after another,” Purja later said.

He started by taking a second mortgage on his house. Then he went looking for sponsors and set up a crowdfunding campaign on the internet. He even took paying customers to the summit at some of the eight-thousanders on his list to help fund his efforts.

“Climbing eight-thousanders is expensive. Take single expeditions that cost in the region of £50,000 (€56,000,$65,000) and then multiply that by 14,” he told DW at the end of June, after he had run out of money after having conquered six of the peaks.

Somehow, though, Purja kept managing to scrape together the funds he needed to keep “Project Possible” on track.

“I will persist until I succeed. I was not delivered unto this world in defeat, nor does failure course in my veins,” he said. “I am not a sheep waiting to be prodded by my shepherd. I am a lion and I refuse to talk, walk or sleep with the sheep. I will hear not those who weep and complain, for their disease is contagious. Let them join the sheep. The slaughterhouse of failure is not my destiny.”

16 years in the British armed forces

Purja already had his name in the Guinness Book of Records before conquering the 14 eight thousanders – for having scaled three of them in just  five days in 2017: Mount Everest (8,850 meters), neighboring Lhotse (8,516 meters) and Makalu (8,485 meters). If it hadn’t been for that, the Nepalese climber would have still been largely unknown – and he certainly didn’t come by mountaineering naturally. Purja grew up in the Chitwan district of Nepal, near the Indian border, “the flattest area in the whole country,” as Purja puts it.

At the age of 20 he joined the British Army’s Brigade of Gurkhas, in which the presence of Nepalese soldiers is a tradition that stretches back more than 200 years. Six years later Purja became a member of the Special Boat Service, an elite unit of the Royal Navy, whose motto “By Strength and Guile” he still often quotes. At the start of 2018 Purja ended his 16 years of service to dedicate himself to mountaineering and “Project Possible” full-time.

At first, mountaineering purists turned up their noses at Purja’s approach: In Nepal, he used helicopters to cover the distance between the base camps at the feet of the eight-thousanders as quickly as possible. He also used partially groomed routes used by commercial expedition teams. Above 7,500 meters, Purja used oxygen and he always made sure that he had a strong Sherpa team with him on his ascents.

Gradually, though, the critics fell silent. They couldn’t help but acknowledge that Nirmal Purja was in the process of achieving something extraordinary. He blew away the record he already held for Everest, Lhotse and Makal, cutting his time to 48 hours and 30 minutes, even though he got caught in a log jam of mountain climbers near the summit of Everest – it was his photo of the occurrence that went viral (see below).

With Dhaulagiri (8,167 meters), he and his companions were the only climbers to reach a summit last spring despite extremely adverse weather conditions. In the summer it looked like the K 2 in Pakistan (8,611 meters), the second-highest mountain on earth, wouldn’t be conquered in 2019, as most of the teams that had attempted to do so had already thrown in the towel. But then Purja and Co. came, secured the route to the summit, and then about 30 more climbers followed them up. Purja also assisted in four rescue operations on the eight-thousanders.

And despite having conquered the 14 eight-thousand-meter peaks in a record-breaking time frame, Purja, it seems, is far from done.

“Believe me, my friends, it’s only the beginning,” he said on social media.

‘Who is Ursula?’ Twitter Explodes as Meghan Markle Compares Herself to ‘Voiceless’ Little Mermaid