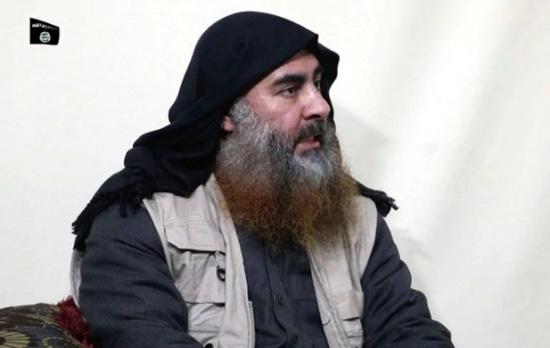 “We have many doubts in this regard, which will be removed only by evidence and footages,” Atwan wrote on Monday.

He referred to the Russians’ doubts and reaction to the US claims and appreciation for cooperation in killing al-Baghdadi, and said Trump has even thanked the Syrians who do not have any control over the region they claim al-Baghdadi was killed.

“The region where al-Baghdadi was assassinated was not controlled by the Syrian army and is under the control of al-Nusra Front (terrorist group) and the US president might have mistaken the militants for the Syrian government troops,” Atwan added.

He described Trump as a “professional liar”, and said he could have written the scenario like what he did about killing Hamza bin Laden (the son of former al-Qaeda leader) which was ever proved and substantiated by even one image or a single shred of evidence.

Meantime, Atwan said that if the claims about the death of al-Baghdadi are proved to be true, it will not leave much impact on the ISIL as he was a symbolic ringleader for the terrorist group.

Trump claimed on Sunday that Baghdadi died “whimpering and crying” in a raid by US special forces in Northwest Syria.

Baghdadi killed himself during the raid by detonating a suicide vest after fleeing into a dead-end tunnel, Trump said in a televised address from the White House.

He was positively identified by DNA tests 15 minutes after he died, he said. “He was a sick and depraved man and now he’s gone.”

The Russian military on Sunday questioned the official US account of the military raid that killed al-Baghdadi, saying it was not aware of any US military operations in the region.

In a statement, Russian Defense Ministry Spokesman Major General Igor Konashenkov said the Russian military “does not have reliable information” on a US Special Operations raid in Syria’s Idlib province, adding, “The increasing number of direct participants and countries that allegedly took part in this ‘operation,’ each one giving completely contradictory details, raises legitimate questions and doubts about its existence and especially the level of its success.”

In a statement that followed the raid, Trump thanked Russia for its assistance, as well as Turkey, Syria, Iraq and the Syrian Kurds.

Russia maintains a major base in Syria at Lattakia. Konashenkov said, however, that the Russian military had observed no strikes by US aircraft in the region.

“Firstly, on Saturday and in recent days no air strikes were made on the Idlib de-escalation zone by US aircraft or the so-called ‘international coalition’ were recorded,” Konashenkov said. “Secondly, we are not aware of any alleged assistance to the passage of American aviation into the airspace of the Idlib de-escalation zone during this operation.”

Konashenkov argued in his statement that Syrian government backed by Russian air power had defeated ISIL, saying that al-Baghdadi’s death “has absolutely no operational significance on the situation in Syria or on the actions of the remaining terrorists in Idlib”.