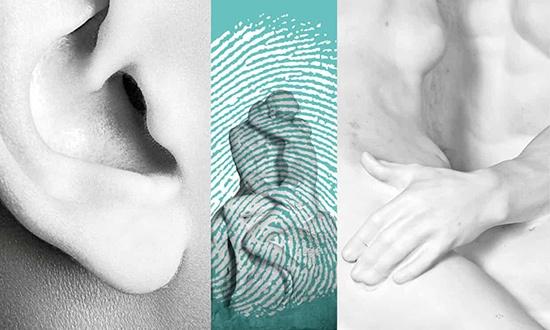 British people are having less sex – especially co-habiting couples. But there are ways to revive a flagging relationship without reaching for a gimp mask

‘When was the last time you just lay naked together? Have you ever looked behind their ears, knees, nape of their neck?’ Composite: Guardian Design; gruizza/Getty Images/iStockphoto; robertharding/REX/Shutterstock;

The truth is that, across the board, British people are having less sex, with the greatest reduction among cohabiting couples and those over 25, according to a study in the BMJ this year.

When the lusty beginnings of a relationship are a distant memory, says the sex therapist Cate Campbell, “people can think: ‘This is really boring sex,’ and that they should be swinging from the chandeliers.” But there are more subtle options for maintaining the physical closeness necessary to keep things interesting. Think of it not so much as spicing up your sex life as refreshing the fundamental ingredients.

“Most couples that see me in middle age have got into a rut,” says Campbell. They have often ended up having what she refers to as “deficit sex … Over time, if they think their partner doesn’t like something, they cut it out.” This is done without discussing the matter, relying on assumptions, she says. The cumulative effect is that “you only have a few moves left. It’s horrifying when you think about it, but just saying this to couples can really change things for them.”

The first step, therefore, is to sit down and talk, but even the seasoned relationship and family therapist Armele Philpotts concedes that sex is the hardest thing to talk about. “It’s really personal and we feel so vulnerable,” she says, adding that talking under the guidance of a therapist, “makes it a little bit easier”.

For discussions with your partner, remaining fully clothed works best – with debriefs during or immediately after sex avoided. “In no other category in life,” says Major, who is head of service quality and clinical practice at the relationship support charity Relate, “is it possible to humiliate somebody as easily.”

Asking caring questions is a good start, says Philpotts. “Is there anything you’d like to try that we’ve never done? Is there anything that since childbirth, for example, is uncomfortable? How has your body changed from when we first started making love?”

If you have a gripe, own it, says Major. “Make it about you rather than being critical of a partner. It’s about saying: ‘I’ve noticed maybe I need a bit more of this or less of that.’” Also key, she says, “is not putting yourself under pressure because you think you should be getting out a gimp mask”.

Laying the groundwork requires maintaining connection. “Intimacy is bigger than sex,” says Major. “I would say intimacy can start in the morning and I don’t mean with a shag. Even if you’re very busy, a text to say: ‘Thinking about you’ or: ‘Looking forward to seeing you tonight’. It can be tiny things – a touch of the hand, asking how their day was.” It boils down to being nice to each other. “If you feel someone’s kind and loving towards you, it makes it much easier to have those conversations when things might not be going too well in the sex department.”

A common complaint she hears is that a client comes home exhausted only “to find your partner shoving their hand between your legs. Some people need a bit of a buildup.” In her 25 years of providing sex therapy, she says, the main requirement hasn’t changed much – most people want to “feel connected with somebody and not just be confronted with: ‘I want to have sex with you, even though I might have been distant or horrible to you all day.’”

She advises exercises to help break out of restrictive routines, such as: “Without trying to arouse your partner, move their hands wherever you want them to go. If you want more of something or something different, just move your partner’s hands. You might end up doing very different things – it’s a very different lovemaking session because you end up far away from the usual moves.”

Ten years into a relationship, says Campbell, desire is no longer automatic. “If you think about the early stages, you’re up for it all the time. But beyond 10 years, you’d rather have a cup of tea. However, if you choose to engage in sexual behaviour, you might often become aroused and go for it.” This is one reason why sex therapists recommend scheduling sex. It may not be spontaneous, but neither, in fact, were the hot, panting sessions of your dating years. “You knew you were going to have sex – you prepared for it, shaved your legs and all of that,” says Campbell.

Scheduled sex doesn’t have to come with pressure or promises. Book an hour together, says Campbell, “lay or sit together naked, or have a bath together (the taller partner lies against the back of the bath with the other one between their legs lying back against them). Just chat and if you want to get sexual then you can.” But just as importantly, she says, “you’ve connected”.

You could start by sharing memories of the best times you have had sex, says Philpotts. “What was it that you particularly liked? If we only talk about what’s not going right, that can feel demoralising.”

Another game Campbell favours is to say: “Tell me something I don’t know about you. Whether that’s a sexual something or not.” Or there’s the classic sex therapy exercise of exploring each other’s bodies. “When was the last time you just lay naked together? Have you ever looked behind their ears, knees, nape of their neck? Or just look at one another’s hands in great detail – this has led to sex for a lot of people. It’s so intimate just looking at someone’s hands, turning them over and touching them, smelling them. Just get to know them again. It’s kind of symbolic of the whole relationship.”

Philpotts says that in sex-therapy circles, there’s a whole discourse about challenging the idea that once you’re settled into a marriage, “you might as well get your slippers out”. Whereas sex when you are younger and less experienced can be more mechanical, she says, as you get older “you know each other better, there’s more trust, you’re more comfortable with your body”. That bond and intimate knowledge of each other, she says, can pave the way to sex getting “better and better right through to your 80s”.