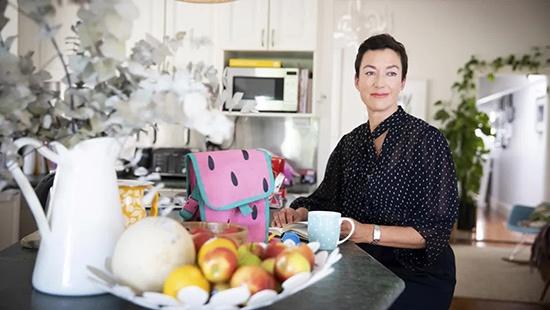 One quarter of working parents are considering leaving their job in the next year due to stress caused by the conflict between work and caring responsibilities.

The National Working Families Report found two thirds of working parents were struggling to care for their physical and mental health due to the tension between work and caring and one in four were thinking about quitting or “actively intending to” leave their job because of it.

The survey of 6289 parents in the professions, science and technical services, health care, education, training and IT found that although work is fulfilling and people feel satisfied by it, one third report the work-family juggle is putting “stress and tension” on their relationships with partners and children.

Half of women and one third of men told the employer-sponsored survey they were under “a lot” or “a great deal” of stress and two thirds reported feeling too emotionally or physically drained when they got home from work to contribute to their family.

Emma Walsh, CEO of the social enterprise Parents at Work, which commissioned the research with sponsorship from business groups, said it was “startling” that such a large proportion of parents struggled to care for their health.

“We asked parents what their biggest challenge was and overwhelmingly it came back as looking after their own physical and mental wellbeing from when children are born to about the age of 16,” said Ms Walsh.

Everything else that usually keeps you sane, I had to drop and I don’t think that’s uncommon.

“But a growing number is feeling huge responsibility to support kids right through Year 12 as well and also arranging work around that to be there because of the weight of expectations.”

Before she had children, digital product manager Louise Holben made plenty of time to look after her physical and mental health. She ran every morning and did yoga; but this stopped abruptly when she returned to work after her first child.

“I just found that I couldn’t get out of the house [to exercise] as well as everything else, I could get out to do the work because I had to, but everything else that usually keeps you sane I had to drop and I don’t think that’s uncommon,” says Ms Holben, who at 44 is a mother of 11 and 10 year-old girls.

The lack of time for “your thing that kind of anchors you and keeps you grounded” took a toll. “I noticed I was just stagnating, which had a big impact on my confidence and self worth,” says Ms Holben.

Her marriage to a partner who travelled a lot for work was affected and she believes the consequent stress was also the cause of a bout of Bell’s Palsy. Though she “loved the job”, she subsequently changed careers and now works for a charity.

Professor Rae Cooper, co-director of the Women, Work and Leadership Group, said it was not surprising working mothers (who made up 80 per cent of respondents) were expressing concerns about stress. “Full time working women with young children are among the most stressed members of the Australian labour force,” she said.

“At the moment, women are bending to the needs of demanding family life and to the pressures of inflexible jobs … They are squeezed on the one hand between inflexible jobs and workplaces that do not accommodate the need for flexibility and, on the other hand, family arrangements that assume it is the mother’s job to be a the primary carer of children and the carrier of mental load at home.”

Emma Walsh said given the report found women continue to carry the majority of “the caring
load” and flexible work was still seen as mainly for women, employers could do more to support men to use flexible work and parental leave.