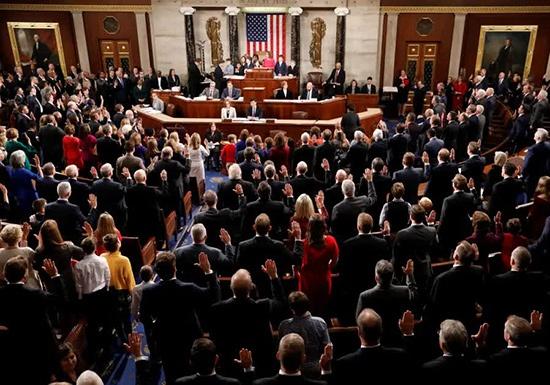 Lauren Gambino in Washington –  The  Guardian

People take part in a torchlight procession as they mark the 104th anniversary of the killing of 1.5 million Armenians by Ottoman forces, Yerevan, Armenia. Photograph: Karen Minasyan/AFP/Getty Images

The US House of Representatives voted overwhelmingly on Tuesday to recognize the 1915 Armenian genocide of a century ago, stepping into a fraught historical debate at a particularly tense moment for the US-Turkey relationship.

The House voted 405-11 in favor of the resolution, which is not legally binding, to formally recognize the systematic killing of an estimated 1.5 million Armenians under the Ottoman Empire, modern-day Turkey, as a “genocide”.

Earlier on Tuesday, the House voted 403 to 16 to impose sanctions on Turkey, in a striking rebuke of Donald Trump after he pulled American forces from northern Syria following a phone call with the Turkish president, Recep Tayyip Erdoğan, paving the way for Turkey’s assault on Kurdish-held areas in northern Syria.

The Turkish government has long denied the term genocide to describe the slaughter and has waged a lobbying campaign in the US and around the world to discourage the use of that word in reference to the killings.

Many countries and nearly all US states officially recognize the killings as genocide. But the US Congress has resisted pressure in recent years by activists out of a desire not to inflame tensions with a Nato ally. Support for a resolution grew, particularly among Democrats, after Trump enabled the Turkish offensive against the Kurdish groups.

The US had previously allied with Syrian Kurdish forces against militants of the Islamic State group. The Turkish offensive left scores of Kurdish fighters and civilians dead and displaced hundreds of thousands more.

“If we ignore history, then we are destined to witness the mistakes of the past be repeated,” the House speaker, Nancy Pelosi, said, urging support for the resolution on Tuesday. “Recent attacks by the Turkish military against the Kurdish people are a stark reminder of the danger in our own time.”

The California Democrat Adam Schiff, a sponsor of the resolution, said in a statement: “The House declared that it will no longer be party to the cause of genocide denial. This is a vote I have fought for 19 years to make possible, and one that tens of thousands of my Armenian American constituents have worked, struggled, and prayed for decades to see.”

The vote on the bipartisan resolution came on the heels of House passage of economic sanctions against Turkey.

There is a bipartisan resolution in the Senate but it is unclear if the chamber will bring the measure to the floor.

In a statement, the Turkish foreign minister, Mevlüt Çavuşoğlu, condemned the move, which he called “a meaningless political step” and an “attempt to rewrite history”.

“The US Administration and politicians as well as the American people are best placed to consider the damages this resolution seeking to disrupt Turkey-US ties does and will inflict upon the US interests at an extremely fragile time in terms of the international and regional security,” the statement said, adding: “Undoubtedly, this resolution will negatively affect the image of the US before the public opinion of Turkey as it also brings the dignity of the US House of Representatives into disrepute.” 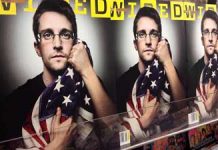 A Voice Without a State: Snowden Defends Whistleblowing After Years of Life in Exile 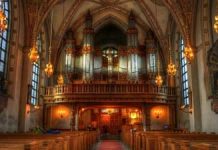