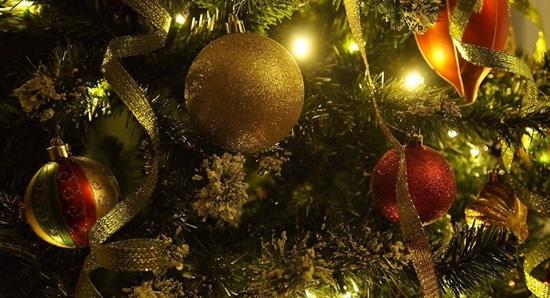 The world’s largest furniture company’s recent market trick has proven to be a step too far for many Scandinavian politicians and ordinary people alike.

Swedish furniture giant IKEA has launched a new collection, offering, as usual, a wide array of Christmas tree decorations, glitter, and gingerbread pans. The only difference is that the word Christmas itself is meticulously avoided. Instead IKEA speaks of a “Winter Celebration”.

This marketing ploy has triggered strong reactions across Scandinavia.

“While the vast majority of Danes are looking forward to celebrating the traditional Danish Christmas, IKEA has started decorating for a ‘winter party’. I love Sweden and the Swedes a lot, but the political correctness that comes from our neighbours is starting to get a little annoying. What about you, are you going to celebrate Christmas on 24 December, or have a winter party?” right-wing Danish People’s Party leader Peter Skaarup wrote on Facebook.

Skaarup’s take was supported by Mads Fuglede from the liberal-conservative party Venstre.

“I feel inclined to say: ‘Unfortunately, we can’t go to IKEA, honey. I really like them, but as they call Christmas Winter Celebration we can never set foot there again”, Fuglede wrote on Facebook.

IKEA’s Facebook page in Denmark was flooded with angry comments as well, some going so far as calling the new ad “a genuflection for the sake of Islam” and pledging to boycott the company.

“Like most people, I’m looking forward to celebrating a traditional Norwegian Christmas. But IKEA doesn’t. They invite us to a so-called ‘winter party’. Swedish political correctness knows no bounds, it should receive official status as a parody of itself as soon as possible. Not a penny from us will be spent on IKEA before Christmas”, Per Willy Amundsen wrote.

​The angry reactions in Sweden were not long in coming either.

“Hi IKEA. What will you call Ramadan? April Celebration? Or is it just Christian traditions to be renamed?”, a Twitter user asked sarcastically.

​IKEA spokesman Christian Mouroux, however, stated that the contentious wording “Winter Celebration” had been chosen purely for commercial reasons and not for for the sake of political correctness.

“Four times a year we announce a new collection which is linked to seasons rather than specific holidays. Now we are entering a season called winter and therefore we have a product range for the entire period”, Mouroux said.

IKEA is a multinational group that designs and sells ready-to-assemble furniture, as well as kitchen appliances and home accessories. For over a decade, it has been the world’s largest furniture retailer, employing over 200,000 people worldwide.