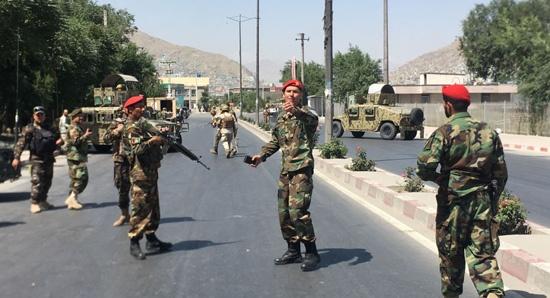 Similar allegations about strike groups supported by “international military forces” and acting “with impunity, outside of the governmental chain of command” were brought up by a UN report earlier this year.

The international group Human Rights Watch (HRW) has alleged in a new report set that Afghan strike groups, backed by the Central Intelligence Agency, “committed summary executions and other grave abuses without accountability”, the BBC reports.

According to the outlet, these militants are responsible for extrajudicial killings, attacks on medical workers, disappearances, and other abuses between 2017 and mid-2019; some 14 individual cases in total. The allegations were brought up in interviews with dozens of locals, witnesses to raids and Afghani watchdog organisations. As the report points out, deaths among civilians as a result of these groups’ raids have risen dramatically over the last two years.

“They are illustrative of a larger pattern of serious laws-of-war violations – some amounting to war crimes – that extends to all provinces in Afghanistan where these paramilitary forces operate with impunity”, the report says.

These pro-government armed groups are said to have attacked medical staffers who allegedly treated militants and summarily executed detainees. HRW also claims that these strike squads “seem to have unlawfully targeted civilians because of mistaken identity, poor intelligence, or political rivalries in the locality”.

The report alleges that the CIA, which has been running its operations in Afghanistan since 2001, has formed and trained what one cited diplomat described as “death squads” to counter militants. As the watchdog claims, they were authorised to call in airstrikes without US forces, which reportedly resulted in more attacks on civilian buildings.

The activists have urged the Afghan government to investigate and disband the paramilitary strike groups, and compensate civilians. The country’s authorities have not commented on the allegations yet.

Earlier this year, the UN published a report saying that there were more civilian casualties, committed by pro-government groups than by militants in the first quarter of 2019. The UN highlighted these “international military forces” and voiced concern that they “appear to act with impunity, outside of the governmental chain of command”. Prior to the UN report, similar accusations were published in The New York Times.