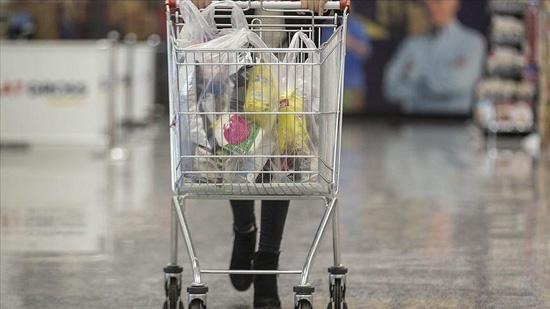 The figure surged 4.5 percent from 86 in September, the Turkish Statistics Institute (TÜİK) said on Oct. 30.

“The recovery in the markets remain robust with across the board improvement recorded in the confidence indices,” he wrote on Twitter yesterday.

“This impetus will serve as one of the driving forces behind the transformation and sustainable development we want to achieve,” Bayraktar said.

In October, the consumer index stood at 57, improving 2.1 percent on a monthly basis. The index for consumer sentiment posted a 4.3 percent decline in September.

The real sector index rose by 4.5 percent from September to hit 104.2, after declining 2.4 percent in the previous month.

The confidence index for the services industry, which exhibited a 0.2 percent in the previous month, posted another 1.6 percent rise on a monthly basis to 90.7 in October.

The construction confidence index posted the highest increase in October, rising as much as 8.3 percent to climb to 65.1.

Confidence in retail trade, which improved 2.8 percent in September, increased by 4.8 percent from September to 102.3, TÜİK data also showed.

The economic confidence index is a composite index that encapsulates consumers’ and producers’ evaluations, expectations, and tendencies about the general economic situation.

A total of 20 sub-indices are used in the calculation, with data collected in the first two weeks of each month.

In 2018, the index saw its highest value in January at 105.2 points, and the lowest figure was recorded at 75.2 points in November.

In its New Economic Program, released in September, the government projected that the Turkish economy would expand at 0.5 percent this year.