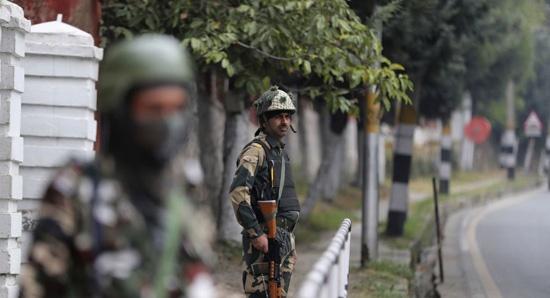 New Delhi (Sputnik): In a surprise move in early August, India abrogated Articles 370 and 35A, “temporary” provisions in the Constitution to strip the restive state of Jammu and Kashmir of its special status and divided it into two federally administered territories – Jammu and Kashmir and Ladakh.

At the stroke of midnight between Wednesday (30 October) and Thursday, the state of Jammu and Kashmir ceased to exist and two new federally administered territories were born. Indian President Ram Nath Kovind has issued identical decrees and took over all functions of both the union territories.

New Delhi has also appointed the constitutional representatives of the president in both territories. Radha Krishna Mathur, a former bureaucrat was sworn in as Lieutenant Governor of Ladakh on Thursday while another former bureaucrat, Girish Chandra Murmu, will take the oath later on Thursday in Srinagar.

Paying tribute to the first Home Minister of India Sardar Vallabhai Patel on the 144th anniversary of his birth at the “Statue of Unity” in western Gujarat, Prime Minister Narendra Modi said, the “New arrangements in Jammu and Kashmir and Ladakh are not to draw ridges on the ground, but to build a strong link of faith. This is the belief that Sardar Patel also wished for Jammu and Kashmir and Ladakh”.

The northern state of Jammu and Kashmir has been the scene of separatist violence for the last three decades, thousands of people – security forces, civilians, and secessionists have been killed. The Kashmir Valley has also witnessed the migration of Hindus, forced out by militants.
Kashmir has been at the heart of a dispute between India and its western neighbour Pakistan since both countries gained freedom from British colonial rule in 1947. Both nations administer parts of Kashmir, while claiming the whole region as theirs. New Delhi and Islamabad have also fought three wars – two on Kashmir and a third for the liberation of Bangladesh in 1971.