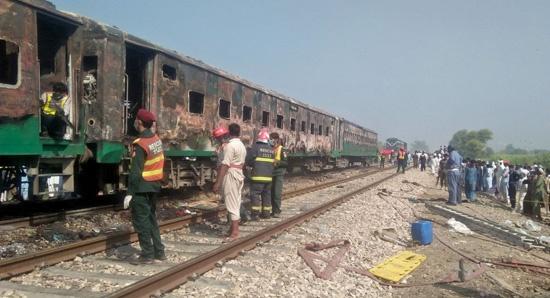 Officials previously reported that the accident occurred near the city of Liaquatpur in Punjab, and had been caused by an explosion of a gas cylinder that was being transported by one of the passengers.

At least 46 people have died, with many more injured in a massive fire on the Tezgam Express – a train en route from Karachi to Rawalpindi.

​As a result of the blast, three carriages have been destroyed by the flames. According to Baqir Husain, head of the district rescue service, many people died because they jumped outside the train in a bid to flee the blaze.

Prime Minister Imran Khan has, meanwhile, expressed his condolences to the victims and their families ordering to provide the best possible medical help for the wounded.

The officials also stated that the incident won’t affect the schedule. as the railway will be operational again in just several hours.