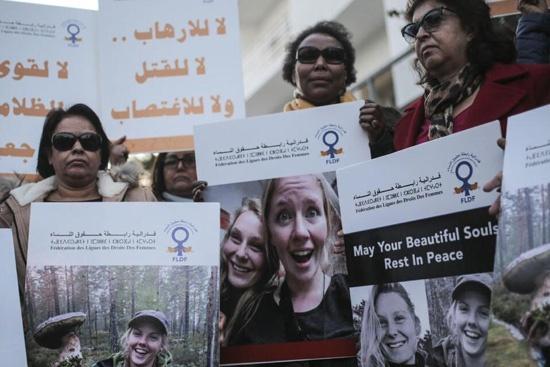 The court also sentenced 20 other men to prison terms ranging from 5 to 30 years.

The two women — 24-year-old Danish student Louisa Vesterager Jespersen and 28-year-old Norwegian Maren Ueland — were on a hiking trip in the High Atlas Mountains when they were murdered.

On July 18, the court ruled against the three men and ordered them and their accomplices to pay nearly $200,000 in compensation to Ueland’s family. It
turned down a request from Jespersen’s family for a larger amount in compensation from the Moroccan state.

Moroccan Prime Minister Saadeddine Othmani said that such attacks were a dagger in the back of Morocco and its people and that this action, which was incompatible with the country’s culture and values, was condemned by all segments of the society.