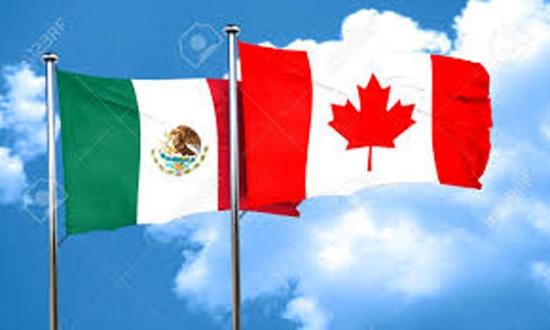 WASHINGTON (Reuters) – The U.S. House of Representatives is making progress every day toward approving the trade agreement President Donald Trump worked out with Canada and Mexico, Speaker Nancy Pelosi said on Thursday.

The House is on a “path to yes,” Pelosi said about ratifying the agreement, which was signed nearly a year ago, adding that her chamber’s inquiry into whether Trump should be impeached has “nothing to do” with its work on the agreement.

“We are moving with the U.S.-Mexico-Canada trade agreement, making progress every day,” Pelosi said. “I’m optimistic that we are still on a path to yes, and that … we will come to conclusion soon on that.”

The Trump administration has been negotiating with House Democrats to address their concerns over the United States-Mexico-Canada Agreement (USMCA), which would replace the $1 trillion North American Free Trade Agreement (NAFTA).

Mexico has already ratified the trade pact, while Canada has not. It was negotiated last year after Trump, a Republican, said the existing NAFTA deal was unfavorable to U.S. workers and businesses.

In the United States, the trade deal must win approval in a divided U.S. Congress where Republicans control the Senate and Democrats the House. Republicans worry the deal could get bogged down in the 2020 U.S. presidential election race if U.S. lawmakers do not ratify it soon.

Democrats say they are working closely with the U.S. Trade Representative’s office to get their concerns addressed. They have pressed for measures to ensure good enforcement of labor and climate provisions of the deal, as well as changes in provisions dealing with pharmaceuticals.

House Ways and Means Committee Chairman Richard Neal told reporters on Wednesday he was upbeat about progress in the negotiations after a meeting of a House Democratic working group with U.S. Trade Representative Robert Lighthizer.

He said he plans to meet with Canadian Prime Minister Justin Trudeau in Canada next week, following a meeting with Mexican President Andres Manuel Lopez Obrador earlier this month.

Representative Kevin Brady, ranking Republican on the House Ways and Means Committee, told reporters on Thursday that “an awful lot of progress” had been made on the Democrats’ four key areas of concern.

“I think they’re getting close, on this, and I’m just pleased with the progress that’s being made,” Brady said. “I’m convinced we can get this done and to the president’s desk this year.”

Pelosi gave no details on what changes Democrats had secured, but said the trade agreement could eventually be a model for future trade deals.

“If we can come to terms, that I think we are close to doing, this will be a template for future trade agreements,” she said. “We have an opportunity to do it right.”