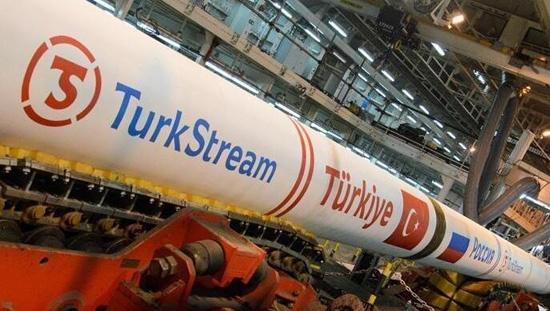 Hungary could receive natural gas from the TurkStream pipeline, which would be in its interest, Russian President Vladimir Putin said on Oct. 30.

Speaking at a joint press conference after meeting with Hungarian Prime Minister Viktor Orban, Putin said Hungary was an important partner for Russia in transporting natural gas to Europe.

“Hungary’s participation in the TurkStream natural gas pipeline is in Hungary’s interest, with which Hungary will provide its own energy security,” he said.

Putin said the first part of the pipeline, with an annual capacity of 15.75 billion cubic meters, is expected to be launched by the end of 2019, and a second section with the same capacity that will run from Bulgaria to Serbia and Hungary will be completed in 2020.

He added that there was only a 15-kilometer section in Hungary.

“If Russian natural gas can be brought to Hungary only through Ukraine, this is a bad situation in terms of our sovereignty. We also want gas to reach Hungary via different countries. TurkStream is an option. The sooner we can connect, the better.”

The TurkStream gas pipeline, crossing beneath the Black Sea from Russia to Turkey and set to stretch to Turkey’s neighbors, will have a total capacity of 31.5 billion cubic meters.

Turkey will receive 15.75 billion cubic meters of the gas, while the remainder will go to Europe.

Ankara has been working with Moscow on the construction of the pipeline that runs beneath the Black Sea.

With the first segment of the pipeline completed, negotiations are ongoing in Europe for the next segment.

Ukraine, along with some European countries, opposes the TurkStream project’s second line as they believe it will contribute to an increase in Russia’s monopoly in the European gas market.