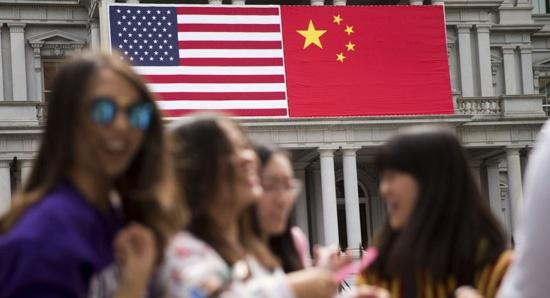 BEIJING (Sputnik) – Negotiators from China and the United States will hold a new call on trade and economic issues in the wake of the cancellation of the APEC summit in Chile, where they Washington and Beijing planned to conclude an interim trade deal, the Chinese Commerce Ministry said on Thursday.

“The teams from China and the United States on trade and economic issues constantly maintain close contacts. As for now, the consultations have been successful. The sides will continue their work on advancing the consultations in line with the initial plan. Mediators in the trade negotiations from the two countries will again hold talks over the phone this Friday”, the ministry said.

In the previous telephone conversation between China’s Vice Premier Liu He, US Treasury Secretary Steven Mnuchin and US Trade Representative Robert Lighthizer, that took place last week, the sides reached a consensus on a part of the trade deal, particularly on conditions of mutual imports of poultry.

The so-called Phase One interim trade deal was announced by US President Donald Trump earlier in October after high-level US-Chinese negotiations in Washington. The APEC summit in Chile, alongside the COP25 climate forum, was cancelled amid unrest in the country.