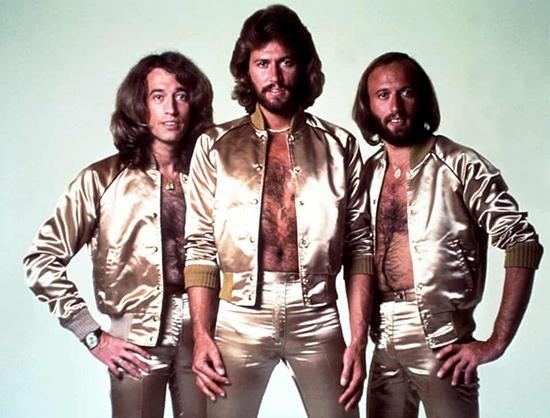 The producer of Bohemian Rhapsody, the hit movie about the life of Freddie Mercury and Queen, is set to take on another set of musical icons: the Bee Gees.

According to Deadline, Graham King is teaming with Paramount Pictures and production company Sister to create the biopic, which has not yet been written or cast.

Paramount has purchased the rights to the Bee Gees songs on behalf of King, and will therefore be able to use them in the movie – unlike films including upcoming Bowie movie Stardust and Hendrix biopic Jimi: All Is By My Side, which were forced to tell their stories without the music of their main characters.

King scored a huge hit with Bohemian Rhapsody in 2018, which grossed £687m ($903m) at the global box office, and won Rami Malek, who plays Mercury, an Oscar for best actor. Its success, in tandem with Bradley Cooper’s A Star Is Born remake, has made music movies highly bankable. Elton John biopic Rocketman made £148m ($195m) for Paramount earlier this year; Baz Lurhmann is preparing an Elvis Presley movie, and films about the lives of Aretha Franklin, Bob Marley and Carole King are all in development.

The Bee Gees story has the requisite ups and downs: the three eldest Gibb brothers hustled up a career first in Australia, and then in the UK via Beatles manager Brian Epstein, before breaking through in the US in the late 1960s. They split up in 1970 amid fraternal spats, compounded by misuse of alcohol and drugs. Barry Gibb told the Guardian in 2013: “There was this deep, emotional competition between three brothers that had found themselves to be famous and didn’t understand it.”

But the Gibbs buried the hatchet, reformed, and ended up bigger than ever before. Songs including Stayin’ Alive, Night Fever, More Than a Woman and How Deep Is Your Love – which soundtracked the smash-hit 1977 film Saturday Night Fever – defined and indeed prolonged the disco era, and they had six successive No 1 singles in the US in less than two years. Later there would be further discord: acrimonious divorces, more drug addiction, and the death of their younger brother Andy aged just 30.

Maurice Gibb died in 2003, followed by his twin, Robin, in 2012. Barry Gibb, whose falsetto helped define the band, was knighted in 2018. His most recent live performance was a rapturously received set at the 2017 Glastonbury festival.