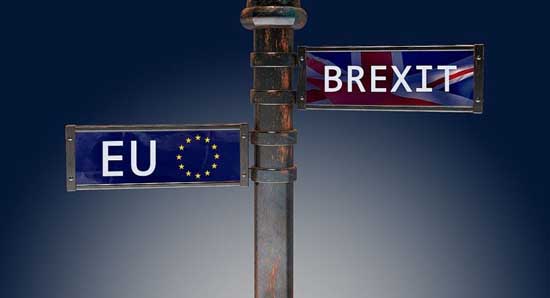 Earlier this week, the EU formally agreed to extend Britain’s exit process until 31 January 2020, in a move that was followed by the UK Parliament’s House of Commons voting to hold a snap general election on 12 December.

In an interview with Britain’s LBC radio on Thursday, US President Donald Trump specifically urged UK Prime Minister Boris Johnson to team up with Brexit Party leader Nigel Farage ahead of the upcoming election campaign.

“He [Johnson]’s a fantastic man and I think he’s the exact right guy for the times. And I know that you (Farage) and him will end up doing something that could be terrific. If you and he get together it’s, you know, an unstoppable force,” Trump said.

He attacked Labour leader Jeremy Corbyn, claiming that he would be “bad” for the UK, while praising Johnson for attempting to implement his Brexit deal

At the same time, Trump insisted that Johnson’s Brexit deal could prevent the UK from clinching a trade agreement with the US.

A No 10 spokesperson, in turn, was quoted by the BBC as saying that said the Brexit deal meant “we can strike our own free trade deals around the world, from which every part of the UK will benefit”.

The remarks followed a Tory source reportedly saying in September that Farage and his close ally Arron Banks were not “fit and proper persons” and that “they should never be allowed anywhere near government”.

Prime Minister Johnson, in turn, reportedly underscored that he is ready to grapple with the general election following a parliamentary vote to hold elections on 12 December.

“It’ll be a tough election and we are going to do the best we can”, he said during the meeting with Conservative MPs on Wednesday, adding that that it was time for Great Britain to “come together to get Brexit done”.

He also expressed hope that the poll will give him public approval to carry on with his Brexit deal and break the parliamentary deadlock that had led to a further delay of Britain’s divorce from the EU until 31 January.

Farage, in turn, slammed Johnson’s recently renegotiated deal with the EU, but did not rule out the possibility of a last-minute pact with the Conservative Party.

“If the PM wants to fight a general election on defending a new EU treaty, that is very disappointing for all Leavers. His new agreement is just not Brexit”, Farage tweeted earlier this week.

The Labour Party, meanwhile, officially launched its campaign for the 12 December general election, with Corbyn lashing out at the US President and the current British government’s relationship with him.

“Trump is trying to interfere in UK election to get his friend Boris Johnson elected”, Corbyn wrote on Twitter.

On Tuesday, the UK Parliament’s House of Commons approved holding a snap general election in the country on 12 December, with the legislation expected to go to the House of Lords, where it is unlikely to be opposed. Among UK lawmakers, 438 voted in favour of holding the December election, while only 20 voted against it.

This came a day after Brussels approved another deadline extension for the UK, giving the country until 31 January 2020 to ratify the Brexit deal negotiated by Boris Johnson, and leave the bloc.

Addressing his “British friends” on Twitter, European Council President Donald Tusk, for his part, suggested that the third Brexit delay “may be the last one”, and called on them to “make the best use of this time”.