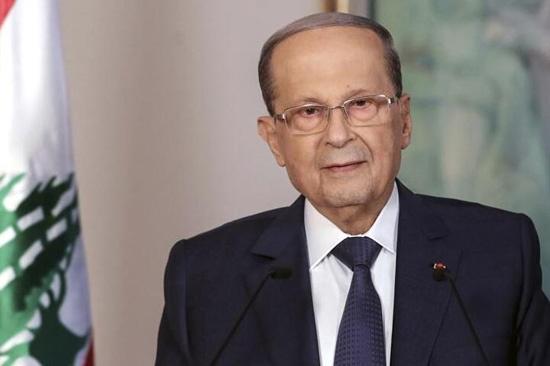 Lebanon‘s president said on Oct. 31 he is seeking to transform the country from a sectarian state to a civil state.

In a televised address marking the third anniversary of his term in office, Michel Aoun said that since assuming power, he has strived to tackle Lebanon’s economic crisis and security issues and adopt an egalitarian election law, combat corruption and ensure the return of Syrian refugees.

Stressing that battling corruption was a difficult task requiring time, he said he fought it by implementing new laws.

Aoun said he would fight sectarianism and do his best to transform Lebanon from a sectarian-oriented state structure to a modern civil one.

He added that those who will be part of the new government – expected to be established soon – would be selected based on their competence and experience, not political loyalty.

Mass protests erupted across Lebanon last week against plans to tax calls on WhatsApp and other messaging services. The demonstrations quickly turned into wider grievances with calls for the resignation of the Lebanese government and bringing corrupt officials to accountability.

Lebanon suffers from high unemployment, little growth and one of the highest debt ratios in the world, with the debt burden reaching $86.2 billion in the first quarter of 2019, according to the Ministry of Finance.

Prime Minister Saad Hariri announced his resignation on Oct. 29 amid ongoing protests, but Aoun urged him to remain in his post until the new government is established.