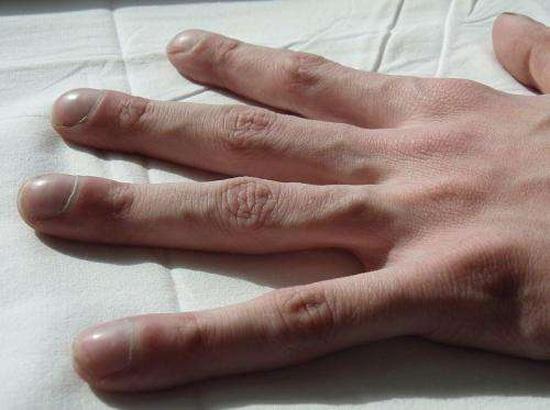 Cystic Fibrosis (CF) in Puerto Rico and the Dominican Republic is dominated by unusual gene mutations not often observed in previously studied CF populations, according to comprehensive genome sequencing led by physician-scientists at UC San Francisco and Centro de Neumología Pediátrica in San Juan. Remarkably, a majority of Dominican patients had none of the known functional mutations in the CF gene that that are seen in 95 percent of CF cases, leading researchers to launch a search for alternative genetic drivers of their disease.

The rarity of the gene mutations observed in Caribbean CF patients highlights the fact that transformative new drugs for CF, which target common mutations, are unlikely to benefit many patients from minority populations whose genetics has been less well studied.

“The gene mutations we observed most frequently in Puerto Rican and Dominican CF patients are much rarer in the predominantly Caucasian CF population at large, and haven’t yet been included in standard genetic screens or investigated as therapeutic targets,” said Esteban Burchard, MD, MPH, a pulmonologist and professor of bioengineering and therapeutic sciences in UCSF’s schools of pharmacy and of medicine who studies the genetic and environmental factors that drive health disparities in asthma and other lung diseases. “By studying more diverse populations with CF, we hope to make it possible to improve early identification of the disease in minority children, and to expand the number of people who can benefit from lifesaving new therapies.”

CF is a lethal, inherited genetic disease affecting more than 70,000 people worldwide. It is usually diagnosed in childhood and causes abnormal buildup of thick mucus in the lungs and digestive tract that leads to trouble breathing, chronic infections, malnutrition, and liver disease. People with CF typically die young, though the development of prenatal and infant genetic screening for the disease and new pharmacogenomic therapies—drugs targeted to patients’ specific gene mutations—have increased patients’ average life expectancy to nearly 40.

However, there are significant disparities in who has benefited from the dramatic improvements in health outcomes for CF patients. For instance, Latinx patients, who now represent nearly nine percent of CF cases, experience more severe symptoms and die earlier than Caucasian CF patients. They are also severely underrepresented in CF clinical trials, according to previous research by Meghan McGarry, MD, a pediatric pulmonologist and assistant professor of pediatrics at UCSF.

In their new study, published November 1, 2019, in Pediatric Pulmonology, McGarry, Burchard and colleagues worked with collaborators in Puerto Rico and the Dominican Republic to show that some of these health disparities likely reflect dramatic differences in the genetic mutations underlying CF in minority populations.

The project began when José Rodríguez-Santana, MD, Burchard’s long-time collaborator at the Centro de Neumología Pediátrica in Puerto Rico, and the island’s preeminent CF physician, noticed that as many as 25 percent of patients with symptoms of CF were testing negative for the disease in standard screens for the most common CF mutations.

Most CF cases are caused by one or more mutations in a gene called CFTR, which codes for a chloride channel protein that plays a key role in hydrating the body’s mucus membranes. Scientists have so far identified more than 2000 different mucus-thickening CFTR mutations in CF patients, some occurring in as many as 90 percent of patients and others much rarer.

But Rodríguez-Santana was finding that a surprising number of his patients had none of the most common CF mutations identified by prior studies. If it hadn’t been for their clear symptoms, the standard genetic tests would have called them CF-free. This intrigued Burchard and McGarry, who offered to sequence the genomes of Rodríguez-Santana’s patients in search of the drivers of their disease. Rodríguez-Santana connected the UCSF team with Leandra Cordero Oñate, MD, the leading CF physician in the neighboring Dominican Republic, who helped them register most of the CF patients living there for the study as well.

Led by McGarry along with Andrew Zeigler and Angel Mak, Ph.D., two genetics researchers from Burchard’s Asthma Collaboratory team, the study team sequenced the entire genomes of 21 Puerto Rican and 61 Dominican CF patients—the majority of CF patients from the two islands—and profiled the most common CFTR mutations in each group. This whole genome sequencing (WGS) effort was performed in coordination with the National Heart, Lung and Blood Institute’s Trans-Omics for Precision Medicine (TOPMed) Program, an effort to collect WGS data from patients with genetically driven diseases to advance the NIH’s broader Precision Medicine Initiative.

The researchers discovered that most common CFTR mutations in the general population were quite rare in Puerto Rico and the Dominican Republic. For example, the most common CF mutation in the world, called p.Phe508del, is present in nearly 90 percent of CF patients in the US, but occurred in only 33 percent of Puerto Rican patients and 10 percent of Dominican patients. Even mutations seen more commonly in Latinx CF patients in the mainland US were present at much lower rates in the Caribbean.

Correspondingly, the most common CFTR mutations in Puerto Rican and Dominican patients had only ever been observed in less than one percent of the general CF population.

Among the study’s most surprising finding was that a majority of Dominican CF patients had no detectable mutations affecting the function of the CTFR gene, despite showing clear symptoms and physiological evidence of the disease. “This was remarkable because outside of the Dominican Republic 95 percent of patients have one or more functional CFTR mutations,” McGarry said.

These findings suggest that further study of CF patients from the Dominican Republic—many of whom had never even had the genetic screening panels that are now standard for infants in the US—could help identify previously unknown genetic factors that also contribute to the disease. Such insights could lead to new treatments that could help a much broader array of CF patients. Using their WGS data, the researchers are now embarking on just this question.

“We speculate that some of these yet-to-be-found CF-causing mutations may be gene regulatory or splicing variants hidden in noncoding regions of the genome within or near the CFTR gene,” said Mak, the director of genetic research in the UCSF Asthma Collaboratory. “We are working on data from major consortia involved in deciphering noncoding DNA regions, using specialized software to look for potential gene-splicing errors when the CTFR gene is read out, and exploring other DNA variants inherited from common ancestors that may contribute to the disease.”

In the past decade, three types of so-called CFTR modulator treatments have been developed to target the distinct biology of a handful of common CTFR mutations. Some of these modulators help cells produce more CFTR proteins, others fix misfolded CFTR proteins so they can reach the cell surface, and others boost the protein’s ability to hydrate mucous membranes. For some patients these new drugs have turned a disease that used to be a death sentence into a livable condition, almost a cure.

“These modulator therapies represent the first treatments for any genetic disease outside of cancer that target the precise mutation in an individual patient’s genes. The only other sea change in medicine I’ve seen in my career that compares to this is the development of HIV drugs,” said Burchard, who holds the Harry Wm. and Diana V. Hind Distinguished Professorship in Pharmaceutical Sciences II in UCSF’s School of Pharmacy. “The problem is that this revolution is mainly benefiting the Caucasian patients in whom CF genetics has been best studied.”

As a result, minority CF patients are less likely to be diagnosed by genetic panels that screen for better-studied CF mutations, and most cannot yet benefit from the new generation of targeted CF drugs, which the US Food and Drug Administration (FDA) only approves for patients with specific mutations that have been tested in formal clinical trials.

Burchard and McGarry urge other researchers and drug companies launching new clinical trials to begin looking not just at the mutations that are most common in Caucasians, but to take into account common drivers of the disease in other patient populations.

“If people with different mutations aren’t being included in those trials, they’re never going to benefit,” McGarry said. “This is one of the challenges of personalized medicine: it only works if you are including diverse groups in your studies—otherwise it just reinforces existing racial and ethnic health inequality.”