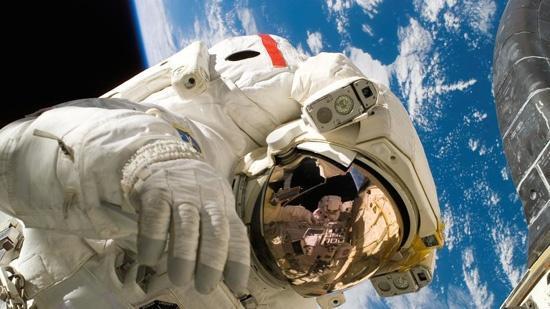 Astronauts aboard the ISS will soon be able to bake their own zero gravity chocolate chip cookies, bringing some much needed home comfort to low orbit. But there’s a catch…

The Zero G Oven is expected to be delivered to the International Space Station (ISS) by Northrop Grumman’s Cygnus capsule, which will launch on Saturday, all going to plan. The electric oven can reach temperatures of up to 177 degrees Celsius (350 F), twice as hot as the space station’s current cooking capacity.

The cookie dough itself was delivered this summer frozen in plastic bags, resembling hockey pucks more than baked treats. Once baked, they are predicted to look either like a blob or a mini pancake after being cooked in the zero gravity environment.

“Baking doesn’t always go according to plan, even on the ground,” said Nanorack manager Mary Murphy, from the company that designed and built the oven.

It goes without saying that things are a little different in orbit; the space cookies will take 15 to 20 minutes each to prepare, so no binging while staring down at the Earth. Oh, and three of the space cookies baked in orbit will be sent back to Earth for ‘analysis.’

“You’re in space. I mean, you want to have the smell of cookies,” said Zero G Kitchen co-chef Jordana Fichtenbaum.

Previous ISS crews have made their own pizzas using flatbread, but this new oven takes the cake… or cookie, as the case may be.

With such busy schedules, it could be weeks before the astronauts can even try out their new oven but the prospect of freshly baked cookies might prove too good to resist, even for Earth’s best and brightest.