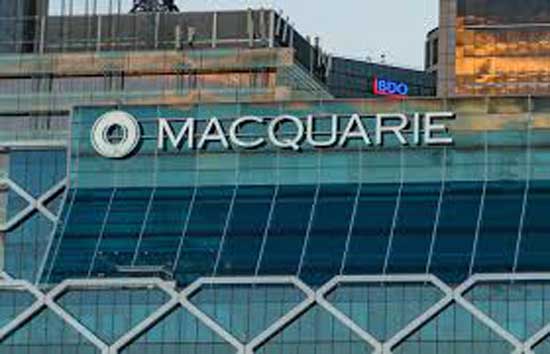 LONDON (Reuters) – Macquarie Group’s (MQG.AX) sudden exit from European and U.S. equity trading may just be the start of a large-scale retreat from the once-thriving business, as all but the biggest global banks struggle to make it pay.

The cash equities business – servicing investors to buy and sell shares – is going through a shakeout as falling trade volumes and costly regulations bite.

The changes have led to razor-thin margins at best and made it difficult for smaller rivals to compete with the leading Wall Street powerhouses such as JPMorgan (JPM.N), Goldman Sachs (GS.N) and Morgan Stanley (MS.N).

While margin pressure has been building globally over the last five years, Europe has been hit even harder by rules introduced in 2018 that unbundle trading from other broker services such as research and introductions to investors.

That reduced their ability to cross-subsidise different parts of the business, triggering a 50% fall in European cash equity revenues over this period, industry data tracker Coalition Development estimates.

Over the same timescale, the headcount of those working in cash equities is down 20%, while the broader equity team headcount is down by 13.6%, the financial consultancy said.

“Revenues have declined sharply and headcount has not been cut (as much), so they’re sitting on a very high cost base,” Coalition’s research director Amrit Shahani said. “And that’s really led to the operating margin pressure.”

Crucially this year, cash equities, equity derivatives and prime brokerage (catering for hedge funds) businesses have all been in decline at the same time for the first time since 2015, leaving no place to hide.

That perfect storm means European revenues in equities trading fell around 15%-17% in the first half of the year from the same period a year earlier, Coalition data suggests, heaping further pressure on the many banks running at low or negative margins.

In practice, this means only the top three banks in any given cash equities market, or the top five when adding in prime brokerage and derivatives, have the scale to weather the tough conditions, thereby scooping up an even greater market share.

A growing preference for passive investing has also been hurting these players. Jefferies recently said exchange-traded funds and other indexed products soared from less than $700 billion pre-2008 to more than $5 trillion in 2018.

This shift, along with the negative or low interest environment and post-2008 regulatory changes, have sharply hit profits and put pressure on boards and senior management of small- and mid-sized banks to justify running their equity operations in other regions at zero or negative margins.

“You need to be hitting a good 15-20% operating margin consistently to have a healthy business. The large banks continue to undercut on pricing to pick up volume, so it leaves the smaller banks and brokers with little chance,” Shahani said.

The top-five U.S. banks – also including Citigroup (C.N) and Bank of America Merrill Lynch (BAC.N) – have pulled away from Europe’s seven biggest rivals in cash equities over the last five years, with a market share of 59.1% in the first half of 2019, up from 46% in 2014.

While Macquarie is not the first bank to flag plans to exit equities this year, or even the biggest – Deutsche Bank (DBKGn.DE) announced plans to exit in July – the move came as a surprise given that until recently it was hiring for its London office.

A Reuters search of networking site LinkedIn for Macquarie staff based in London showed 38 employees whose job title showed a clear link to the company’s equity team, such as sales, trading or finance, of whom 20 started in either 2018 or 2019.

The announcement also came just days before Macquarie released first-half results, showing record profits and a 15% jump in revenue in its Commodities and Global Markets business.

Macquarie could not see an opportunity to make a good value return on the time or the investment made in cash equity activities in North America and Europe, Chief Financial Officer Alex Harvey told Reuters.

“So the decision was made to close down those businesses,” Harvey added.

Macquarie is the second major Asia-Pacific bank after Japan’s Nomura Holdings (8604.T) to cut jobs this year in its European trading business.

But while Macquarie’s decision to throw in the towel on cash equities will result in 100 job cuts, it is keen to let clients know they were not being cut adrift – a cooperation deal with broker Kepler Cheuvreux has been announced.

The preliminary deal with Kepler will see the French company support Macquarie’s European clients in European equity trading and research, with Kepler’s Asian clients getting a similar service in return from Macquarie.

While partnering across regions to maintain a semblance of a global operational footprint is not new – BNP Paribas (BNPP.PA) outsourced its Asian equity trading in 2016 for example – Macquarie’s agreement is likely the first of a fresh wave of deals.

“It’s (doing a partnership of some form) been talked about a lot over the last five years, but hasn’t really happened that much,” said Shahani. “With this year’s decline in revenues some of the strategies banks were trying to implement are likely to go forward.”

There have been twice as many job cuts in cash equities in the first half of this year compared with the average of culls over the past three years, according to Coalition data.

Interviews with current and ex-traders suggest many are willing to take pay cuts to continue working in the industry, while others are turning to the trendy fintech industry or setting up their own businesses.

“Banking is still more lucrative than the average job, but it’s not as much fun, it’s not as well paid as it once was,” Austin added. “And the individual with huge value-add has been replaced by an army of automatons who simply read from a hymn sheet of plagiarism.”

Reporting by Thyagaraju Adinarayan and Simon Jessop in London; Additional reporting by Paulina Duran in Sydney; Editing by David Holmes