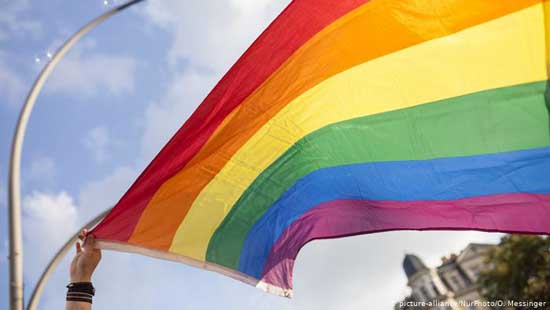 A draft law prohibits the so-called therapy for all minors, with violators facing jail time. Health Minister Spahn said the ban sends a message to those struggling with their sexuality: “You’re OK just as you are.”

The practice will be completely banned for all youths under the age of 18, the newspapers of the Redaktionsnetzwerk Deutschland (RND) reported, citing a copy of the draft law.

The law stops short of a complete ban, however, with consenting adults allowed to seek “treatment” for their sexuality — albeit under restricted circumstances.

The practice would no longer be legal, however, if the person ended up consenting to the therapy after being deceived, coerced or threatened.

Under the law, the ban would also be exempt for 16 to 18-year-olds if the practitioner can prove that the patient has the capacity to understand the implications and risks of treatment.

Those who violate the law could face up to a year in prison or a fine. The report did not specify how high the fine would be.

Other therapies that treat sexual preferences such as exhibitionism or pedophilia were exempted from the bill.

Spahn, who is openly gay, told the RND that being LGBT+ “is not a disease” and shouldn’t be treated as such.

He added that “a ban also sends an important societal signal to all those who are struggling with their homosexuality: ‘You’re OK just as you are.'”

Experts estimate that there are around 1,000 cases of conversion therapy every year in Germany, which is conducted by both religious leaders as well as psychotherapists.

Conversion therapy seeks to effectively repress a person’s sexuality and is often used on children and teenagers. Methods including electroshock therapy and aversive conditioning techniques are used during the sessions and considered mentally abusive by medical professionals.

Undergoing the therapy can lead to depression, anxiety disorders and a higher risk of suicide. Furthermore, its effectiveness has not been proven.