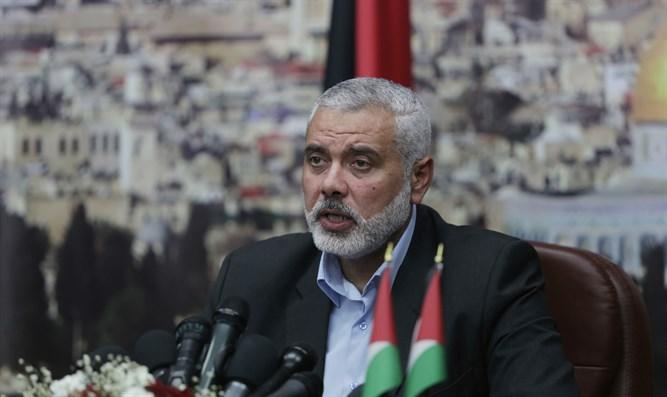 Hamas leader Ismail Haniyeh announced on Sunday that an agreement had been reached with Palestinian Authority (PA) chairman Mahmoud Abbas on holding the parliamentary and presidential elections.

“We received a positive response from Abbas on holding the presidential and parliamentary elections,” Haniyeh told a news briefing in Gaza City, according to the Xinhua news agency.

His remarks were made following a meeting in Gaza with Hanna Nasser, chairman of the Palestinian Central Elections Commission.

Nasser arrived in Gaza through the Erez Crossing for talks with Hamas leaders on holding the elections, according to the liaison office at the crossing.

During his three-day visit to Gaza last week, Nasser and leaders of eight factions in the Strip signed an agreement to hold the parliamentary elections in the Palestinian territories first and presidential elections three months later, according to Xinhua.

The PA parliament has not met since 2007, when Hamas violently seized control of Gaza from Abbas’ Fatah faction.

Hamas and Fatah have been at odds since that 2007 coup and all attempts to reconcile the warring sides have failed.

Fatah and Hamas later signed a reconciliation deal, under which the PA was to have resumed full control of Gaza, but the deal hit “obstacles” and has never been implemented.

Abbas’ term as PA chairman was meant to expire in 2009, but he has remained in office in the absence of elections.

In his recent speech at the UN General Assembly, Abbas renewed a pledge to hold fresh parliamentary elections, but he has made similar pledges in the past and failed to go through with elections.

The Fatah Central Committee has already announced that the 84-year-old Abbas will be its candidate in the election when it is held.