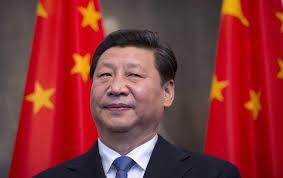 In the seven years since he assumed the party leadership, Xi has made morality and traditional virtue a tenet of his rule, which he has propagated through the Orwellian-sounding “Xi Jinping Thought on Socialism with Chinese Characteristics for a New Era.”

Under Xi Jinping, there is a law that makes it illegal to defame heroes and martyrs

She was a selfless patriot who worked tirelessly for the motherland. She wasn’t interested in enriching herself but in helping others escape from poverty. And she still found time to care for her ailing father, until she became a martyr for the Communist cause this summer.

She is Huang Wenxiu, and the Communist Party is making her into a modern-day hero for an increasingly anachronistic China.

“Learn from Huang Wenxiu. … Be brave enough to shoulder responsibilities and willing to show dedications, so as to make new and greater contributions in the Long March of the new era,” China’s iron-fisted leader, Xi Jinping, said last month when hailing Huang as a “national outstanding Communist Party member.”

In the seven years since he assumed the party leadership, Xi has made morality and traditional virtue a tenet of his rule, which he has propagated through the Orwellian-sounding “Xi Jinping Thought on Socialism with Chinese Characteristics for a New Era.”

This new era is his era, and his thoughts are about a monolithic China that is utterly devoted to the Communist Party and united under his unflinching ideology. On the eve of a major party meeting last week, the authorities published “civic virtue” guidelines that could easily have been modeled on Huang. The Fourth Plenum meeting ended with a broad statement about the “important progress” made under Xi and an endorsement of his leadership.

Heroes have a special place in the Communist Party’s mythmaking around its construction of legitimacy, said David Bandurski, co-director of the China Media Project.

“The point is to have figures that point people toward the need to sacrifice oneself to the interests and priorities of the party. The life well-lived is the life of devotion to the party and the nation,” he said.

Under Xi, the party has made extra efforts to protect the aura around its heroes, including enacting a law that makes it illegal to defame heroes and martyrs.

Xi could hardly hope for a better embodiment of his ideology than the smiling young Huang, whom the party is revering as a 21st-century incarnation of Lei Feng, the possibly fabricated cultural icon of Mao Zedong’s times.

In the 1960s, the party under Mao lionized the unassuming Lei as a model citizen of the relatively new People’s Republic of China. Born in 1940, the soldier transformed his devotion to the Communist cause into acts of service. He loved to darn socks, shovel manure, and donate his savings to the poor and his lunch to the hungry, until he was reportedly killed at age 21.

Posters of Lei in a winter hat with flaps over his ears became ubiquitous. But there has always been doubt about how much of the story is true.

The concept of a model Communist is not a Chinese invention. Moscow had an archetypal New Soviet man, and North Korean propaganda is full of reports of citizens running into burning buildings to rescue portraits of the Kims, the country’s dynastic leaders.

But it is particularly jarring in 2019 in a country that created TikTok and that buys one-third of the world’s luxury goods.

“Under Xi Jinping, as the party has sought to reconsolidate its power and argue for its legitimacy, we have seen something of a return of the hero after the Lei Feng mold, the hero who sacrifices for the good of the party, which of course is equated with the greater good,” Bandurski said.

Xi needed a new hero for his new era, someone who had shown steadfast allegiance to the party during his tenure, and Huang perfectly fit the bill.

Huang was born in Baise, on the mountainous border with Vietnam, in 1989 into a family so poor that its “sofa” was made of tires and wooden planks. Still, she went on to earn a master’s degree from Beijing Normal University in 2016.

“She could have earned big money in a white collar (job) in the big city, yet she chose to return to Baise and volunteered to work in a remote and difficult village,” a commentator wrote in the People’s Daily, the party mouthpiece, this summer. She “did not think about her own dignity and affluence but the greater matter of changing the backwardness of her hometown.”

The constantly smiling Huang became party secretary in a remote village with a stated mission of helping at least 100 households emerge from poverty. But on a weekend in June, as she was driving through torrential rain to reach villagers in need, her car was swept away in a flash flood. Her body was found inside it the next day. She was 30.

Soon, epic tales of her selfless life and death filled the pages of the state-run newspapers. Her alma mater established two classes named after her.

Poems, songs and speeches were written in her honor. “I believe this strength of Huang’s is going to inspire more people, and influence the career choices of an even bigger number of young people,” said the winner of a speech contest extolling Huang, according to state media.

Last month, after presiding over a parade celebrating 70 years of Communist rule, Xi elevated Huang to the party’s equivalent of sainthood. In her hometown, there was a ceremony to mark her status as an outstanding party member.

“Comrade Huang Wenxiu is … the pride of Guangxi masses,” party secretary Lu Xinshe told her family as he handed them a certificate and medal testifying to her heroism.

The beatification of Huang comes amid a wider campaign to instill core Communist ideals and traditional values in younger generations.

To this end, the party recently released an exhaustive list of ideological guidelines, covering everything from embodying the Lei Feng spirit to watching one’s carbon footprint, in a document called “An Outline for the Implementation of the Moral Construction of Citizens in the New Era.”

“Strengthening civic morality construction is a long-term, urgent, arduous and complicated task,” the document says, noting an explosion of “money worship, hedonism, and extreme individualism” as capitalism has flourished.

“Some members of society have vague and even a lack of moral values,” it continued, calling for a strict sense of morality in private as well as in public.

These developments fit within the pattern Xi has set since assuming the leadership in 2012, analysts said.

“Things have proceeded in an orderly way over the past seven years: resisting the universal values of the West, the ideological education campaign, strengthening the party’s overall leadership and prohibiting free discussion about the central authorities,” said He Weifang, one of China’s few remaining public intellectuals and a critic of the party’s increasing authoritarianism.

“We can see all measures taken are in an effort to consolidate the party’s control over every aspect of life, so a morality construction campaign naturally emerges from that.”

The Washington Post’s Wang Yuan contributed to this report.