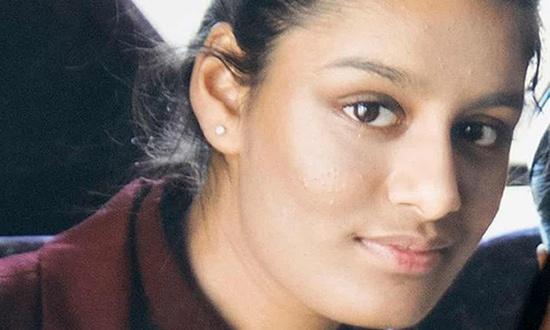 Shamima Begum left the UK as a schoolgirl to join Isis in Syria. Photograph: PA

Women and girls who attach themselves to Islamic State are driven by a complex combination of factors beyond just love or marriage, including feelings of social exclusion and the appeal of sisterhood, according to research by a counter-extremism thinktank.

The Institute for Strategic Dialogue (ISD) has put together guidance to help people working with women and girls who have returned from Isis-held territories.

The guidance, based on interviews with intervention providers who have collectively worked with more 250 radicalised women and girls in the UK and the Netherlands, says there is a mainstream perception that women and girls affiliated with Isis – often called “jihadi brides” – are motivated only by love or marriage.

It has been reported that around 100 British women and girls left the UK to join Isis, making up 12% of all British citizens who travelled to Syria and Iraq to join the group. Judges are considering the Home Office’s decision to revoke the citizenship of one such woman, Shamima Begum.

The guidance says marriage is a factor in many cases but adds: “A simplistic view of the motivations of women and girls affiliated with Islamist extremism can reinforce misleading stereotypes and biases that suggest that women are passive followers rather than active, ideological supporters.”

There are broad and varied reasons for radicalisation, the guidance says, including the appeal of “sisterhood”, a desire to be part of the state-building effort of Isis or to be part of something “bigger and divine”.

Travelling to the proclaimed caliphate was perceived by some to be an aspect of living a “true and pure Islamic life”, while others were driven by feelings of social exclusion or experiences of discrimination.

The guidance also says rebellion against society and parents sometime played a factor, along with female empowerment and a rejection of “western feminism”.

Since surfacing at a refugee camp in February, Begum has made it clear she wants to return to the UK but she is unable to do so as her citizenship was revoked.

Begum fled to Syria with two fellow pupils from Bethnal Green Academy, now Mulberry Academy Shoreditch, in east London in February 2015. She married Yago Riedijk, 27, a Dutch convert to Islam, shortly after arriving in the country. She has had three children, all of whom died.

At a partially secret hearing before the special immigration appeals commission (Siac) last month, lawyers for Begum, who is now 20, attempted to challenge a decision by the then home secretary, Sajid Javid, to revoke her British citizenship.

She is of dual nationality as her parents were born in Bangladesh and she claims she would be hanged if forced to go there.