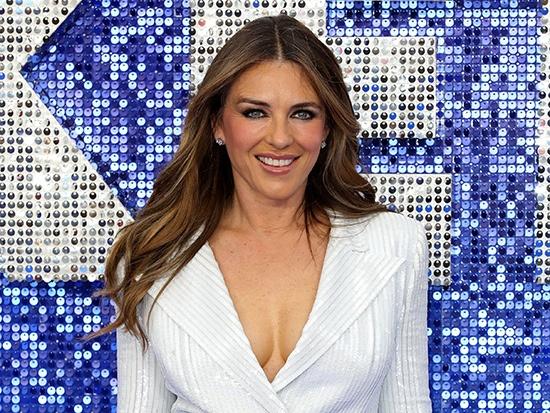 Actress Elizabeth Hurley left fans in awe when she took to Instagram last night to show off her insanely sexy Halloween outfit.

The brunette actress transformed herself into the film’s blonde bombshell character with a golden wig and smouldered for the camera with a pout.

As to be expected, plenty of Liz’s adoring admirers swooned over the mega babe’s red hot costume in the comment section.

This wasn’t the first time this week Liz displayed her epic dressing up skills. Starting the Halloween celebrations early and sticking to the Kill Bill theme, the mum-of-one shared another shot of her as she transformed herself into Uma Thurman’s character, The Bride.

Looking epic in a skin tight, bright yellow cat suit complete with a huge fake sword, Liz posed cheekily for the photos, showing off her enviable figure and sharing the post alongside a string of spooky pumpkin emojis.

Although it may seem as though October has been a month of fun, games and dressing up for Liz, the Bedazzled star has been working on a super important project this month.

She has been working alongside beauty brand Estee Lauder as an ambassador for their Breast Cancer Campaign for the 24th year running.

Appearing on This Morning earlier this month to chat about the campaign, Liz told Holly Willoughby and Phillip Schofield, “When I started working for the breast cancer campaign, my grandmother had just died.

“When I was told it was started because women were dying, it really rang home for me, because she didn’t talk about it. There was no awareness, no pink ribbon campaign.”