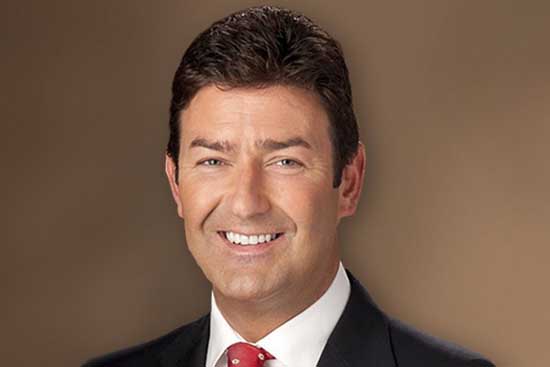 (Reuters) – McDonald’s Corp dismissed Chief Executive Steve Easterbrook over a recent consensual relationship with an employee, which the board determined violated company policy, the fast-food giant said on Sunday.
The board found that Easterbrook, 52, who had led McDonald’s since 2015, had “demonstrated poor judgment” involving the relationship, McDonald’s said in a news release. Easterbrook relinquished his seat on the company’s board as well.
“This was a mistake,” Easterbrook said of the relationship in an email to employees on Sunday released by the company. “Given the values of the company, I agree with the board that it is time for me to move on.”
His departure was among the most significant in corporate America in the past several years over relationships deemed inappropriate.
Scrutiny of executives and their treatment of employees has intensified amid the #MeToo social media movement, which highlighted instances of sexual harassment in the workplace. In June 2018, Intel Corp CEO Brian Krzanich resigned after an investigation found he had a consensual relationship with an employee that breached company policy.
Chris Kempczinski, 51, most recently president of McDonald’s USA, was named the company’s new CEO, effective immediately. He also joined the McDonald’s board.
In his own message to employees, Kempczinski thanked Easterbrook for recruiting him to McDonald’s and said he expected the company to continue its customer-focused growth plan. McDonald’s Chairman Enrique Hernandez Jr. called Kempczinski “instrumental” in developing the company’s strategic plan.
Chicago-based McDonald’s, one of the world’s most recognizable brands, recently celebrated the 40th anniversary of its Happy Meal for children and is known for its family-friendly reputation.
The company did not provide further details on the circumstances surrounding Easterbrook’s departure. McDonald’s is expected to disclose financial information related to Easterbrook’s dismissal in a securities filing as soon as Monday, the company said.
The company named Joe Erlinger, who has been president of international operated markets, as president of McDonald’s USA, succeeding Kempczinski.
“While clearly a loss, McDonald’s maintains one of the deepest and longest-tenured management teams, which should help provide some stability through this unexpected transition,” Raymond James analyst Brian Vaccaro said in a research note about Easterbrook’s exit.
RIVALS CHALLENGE DOMINANCE
McDonald’s shares roughly doubled during Easterbrook’s tenure. But the chain in October missed Wall Street profit estimates for the first time in two years as it spent money remodeling U.S. restaurants and speeding up service to address declining customer visits.
Rival fast-food chains in the United States have challenged McDonald’s dominance with value meals and new menu items, including plant-based burgers and meat substitutes launched by rivals including Restaurant Brands International Inc’s Burger King and Yum Brands Inc’s KFC. McDonald’s is seen late in reintroducing chicken sandwiches and rival Wendys Co has started serving breakfast.
The remodeling of the company’s 14,000 U.S. restaurants includes introducing digital ordering kiosks, mobile ordering and pay-and-pickup services, while partnering with app-based delivery services GrubHub Inc, Uber Eats and DoorDash.
Easterbrook turned around McDonald’s operations in the UK, where he was born, by refocusing on burgers and burnishing the brand with an ad campaign that sought to debunk unflattering rumors about its food.
A cricket enthusiast who earned a reputation among former UK colleagues for being funny, fair and a lover of simplicity, Easterbrook was also the rare McDonald’s CEO with experience running other restaurant chains.
HARASSMENT COMPLAINTS
Following the disclosure of Easterbrook’s ouster, a labor movement advocating for a $15-an-hour minimum wage and union rights on behalf of fast-food workers, alleged McDonald’s had failed to address a sexual harassment problem at the company.
“McDonald’s needs to sit down with worker-survivors and put them at the center of any solution,” the group, the Fight for $15 and a Union, said in a statement. “And the company needs to be completely transparent about Easterbrook’s firing and any other executive departures related to these issues.”
McDonald’s had no immediate comment on the group’s statement.
McDonald’s has faced allegations in the past year of condoning sexual harassment in the workplace and retaliating against employees who spoke up about it.
In September, scores of local government officials from 31 U.S. states pressured McDonald’s to do a better job of protecting workers from groping, obscene comments and other forms of sexual harassment, adding their voices to an employee-led campaign that has seen walkouts at several stores.
McDonald’s pointed then to an August announcement of a new training program for safe workplaces supported by more than 2,000 franchisees. Kempczinski said at the time the company and franchisees “have a responsibility to take action on this issue and are committed to promoting positive change.”
Reporting by Mike Spector in New York; Additional reporting by Anna Driver and Hilary Russ in New York and Mekhla Raina in Bengaluru; Editing by Peter Cooney
Our Standards:The Thomson Reuters Trust Principles.
Reuters