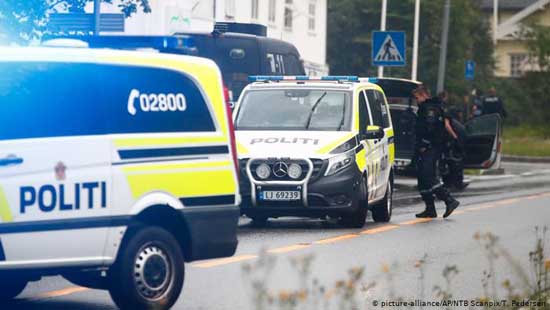 Norwegian police have arrested a high-profile American white supremacist as he was scheduled to address a far-right conference in Oslo. Norway’s domestic security agency said expulsion was pending under immigration law.

Norwegian public broadcaster NRK and the newspaper Dagbladet identified the man in custody as Greg Johnson, a far-right publicist based, according to Associated Press, in Seattle.

Domestic security agency spokesman Martin Bernsen said the US citizen was arrested on suspicion that he may “play an obvious role in radicalization.”

Dagbladet quoted a lawyer for Johnson that he would oppose expulsion on the grounds that he had been invited to exercise freedom of expression.

Norwegian media reported that Johnson was a scheduled speaker at the meeting of the Scandza Forum, a far-right network known for its anti-Semitic and racist views. The meeting was set to take place in Sinsen, a suburb of Oslo. NRK reported that about 25 protesters tried to disrupt the forum.

The US Southern Poverty Law Center, which monitors extremist and hate groups, lists Johnson as the “editor-in-chief of the white nationalist publishing house Counter-Currents, an epicenter of ‘academic’ white nationalism.”

In August, a far-right extremist allegedly attempted a terrorist attack on a mosque near Oslo. In 2011 the country experienced the worst terrorist attack in its history when right-wing extremist Anders Behring Breivik killed 77 people, many of them youth associated with the Social Democratic party, in bomb and shooting attacks. In 2012, he was sentenced to 21 years in prison.