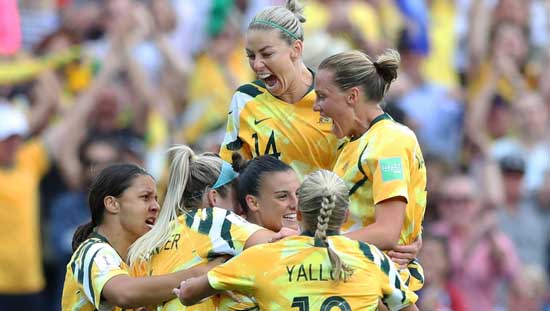 The Australian women’s national football team will earn the same match pay as their male counterparts and have an equal split of commercial revenues for the first time under a new deal, local media reported on Nov. 5.

The national men’s “Socceroos” team have historically been paid more than the women’s “Matildas” and earned a greater share of commercial revenues.

The players’ union, Professional Footballers Australia, declined to comment on the detail of the deal but confirmed all parties were working toward the goal of gender parity in pay.

A PFA spokesperson said it hoped the deal would be announced in coming days.

Pay disparity between men’s and women’s professional footballers has been in the spotlight since the U.S. women’s team sued governing body U.S. Soccer [football] in March alleging gender discrimination in earnings and working conditions.

Australia’s Matildas launched a campaign to pressure global football governing body FIFA to provide equal prize-money at World Cups ahead of the women’s tournament in France earlier this year.

The U.S. women’s team received $4 million for winning the World Cup in France out of the tournament’s total prize-money pool of $30 million.