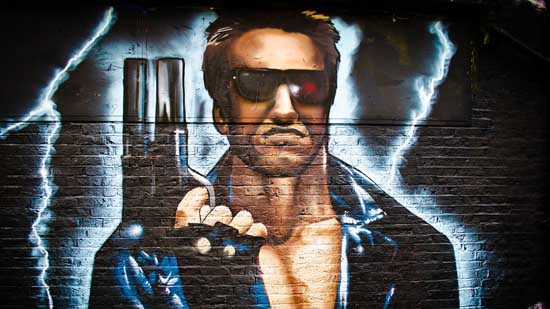 Far from a return to form, ‘Terminator: Dark Fate’ has flopped at the box office. Was the movie’s failure the result of misogyny, or indifference toward a Hollywood that doesn’t know when to put an old dog down?

Billed as a worthy successor to 1991’s universally-loved ‘Terminator 2: Judgment Day’, ‘Dark Fate’ had a big pair of cyborg boots to fill. After a slew of uninspiring sequels, the return of series creator James Cameron as producer was seen as a good omen, and critics scored the flick higher than any entry since 2003’s ‘Terminator 3: Rise of the Machines’.

But demand for the film was not as great as expected. ‘Dark Fate’ pulled in only $29 million on its opening weekend in the US. In China – a market where moviegoers have spent more than $2.23 billion on Marvel movies – it only managed to earn $28 million. Unless a dramatic turnaround comes, sources at rival studios predict the movie may leave Paramount, Skydance and Disney $100 million in the hole.

The movie’s 2019-correct makeover could have something to do with it. Starring three leading women, ‘Dark Fate’ is very much a female-driven enterprise. Liberal media, of course, have celebrated this, with Gizmodo squealing with delight that “Terminator: Dark Fate’s Post-Judgment Day Future Is Female, and We’re Here for It,” and Vox declaring “Terminator: Dark Fate is all about the kickass ladies.”

The Guardian called internet grumbling about the movie a “kind of misogynist backlash,” while Slate called ‘Dark Fate’ “the gayest Terminator yet”  – for no other reason than its reviewer fancied leading lady Mackenzie Davis.

‘Dark Fate’ also treats viewers to some very Trump-era imagery: social commentary on automation displacing blue-collar jobs, a sympathetic portrayal of Mexican immigrants, and even a fight at a detention center for illegal immigrants.

“Go woke, go broke” exists as a phrase for a reason. Hollywood’s current obsession with gender-swapped reboots and minority representation has left audiences sour and cost studios money. The 2016 all-female reboot of comedy classic ‘Ghostbusters’ bombed at the box office, and an all-female remake of ‘Ocean’s 11’ left viewers unimpressed. Plans for a black, female 007 in the next James Bond movie and a female Thor have also drawn ridicule from fans.

But a backlash to woke culture alone doesn’t explain the latest Terminator’s flop. After all, James Cameron was always a pioneer of the strong female lead, with Sigourney Weaver’s leading role as Ripley in ‘Aliens’ and Linda Hamilton’s portrayal of Sarah Connor in the Terminator franchise ticking the “badass women” boxes long before studios went out of their way to make sure their heroes have ovaries.

And most viewers who actually went to see ‘Dark Fate’ over the weekend liked it, rating the movie 85 percent on Rotten Tomatoes.

It’s far more likely that 35 years after Arnold Schwarzenneger first told viewers “I’ll be back,” nobody gives a crap about Terminator any more. The 1984 ‘Terminator’ opened to $4 million, out of a $6 million budget. ‘Terminator 2’ took in $31.7 million on its opening weekend, or almost $60 million in today’s money.

The three sequels since then have all taken in between $27 million and $44 million on their opening weekends, but scored poorly with critics. Until the latest installment, reviews for each Terminator film since ‘Judgment Day’ have been steadily going downhill, and the prospect of another disappointment could have led fans to simply stay at home instead.

And Hollywood hasn’t learned yet. This year has been dominated by remakes, reboots, sequels, spinoffs and woke makeovers, with more to come. Unless the movie industry can drum up some fresh ideas, or maybe send a cybernetic director back in time to terminate the studio execs who greenlight such stale offerings, ‘Dark Fate’ could be a preview of the industry’s bleak future.