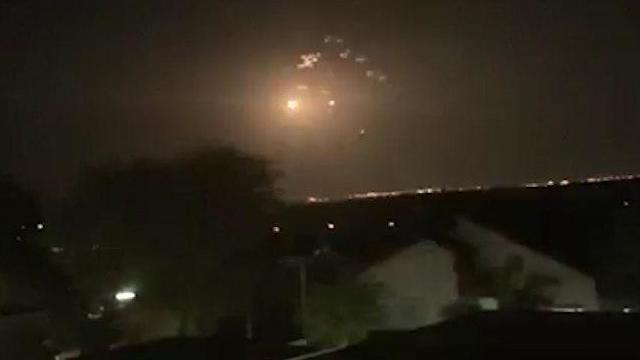 Opinion: Changing the paradigm in Gaza to mirror the situation in Lebanon will create a reality in which Hamas has too much to lose by opting for violence over calm, while the crisis across the northern border affords an opportunity Jerusalem must not miss

Israel is facing security challenges in the north and in the south, and despite the differences between the two arenas, they are similar in Israel’s ability to influence reality on both borders with non-military means.

The situation in the south has remained unchanged for the last 13 years and is reflected in the weekly demonstrations on the border fence with Gaza and in the sporadic rocket fire from the strip towards Israeli communities which occurs every few weeks, the massive missile launches towards the southern cities of Ashkelon, Ashdod and Netivot, every few months, and a ground incursion by Israeli forces into Gaza every few years.

The rulers of the Gaza strip do not accept Israel’s policy of “quiet will be met by quiet.”

The quiet Israel aspires to means that the economic and humanitarian problems plaguing Palestinians in the besieged enclave are destined only to grow.

The only way this paradigm will ever change is if Israel were to recognize Gaza as a state with a legitimate government and agree to allow international efforts to rehabilitate the Strip’s infrastructure in cooperation with the Israeli government.

If that were to happen, the leadership in Gaza would have much to lose if the quiet Israel is hoping for were to be violated.

The military stick alongside the political carrot is only necessary if it led to real change.

For the past 13 years, the north has also been quiet.

Hezbollah is a more formidable enemy of Israel than Hamas, but has maintained calm on its frontier because of the understanding that if violence were to break out across the border, the cost in destruction to Lebanon would be very great.

Lebanon is in a far better state economically than Gaza and has much more advanced infrastructure, therefore Hezbollah has much more to lose from any outbreak of fighting.

Israel’s problem with Hezbollah is not the situation as it appears on the border at present.

The worry is in the potential of the damage that could be inflicted on Israel should a third Lebanon war break out.

Now an opportunity to mitigate the danger to a certain degree has presented itself.

Lebanon is in political and economic crisis. The shared interests of the Sunni and Christian elites with Hezbollah have come to light.

Both political camps may be in favor of leaving things as they are but the people who have taken to the streets, regardless of their political or ethnic affiliations, want change.

Lebanon is in debt. The next government will most certainly appeal to the West, Saudi Arabia and the world bank for credit.

This presents an opportunity for Israel to advocate that no such assistance should be given to Lebanon unless there is a gradual effort to separate the Iranian-backed Hezbollah from its heavy weaponry, ban the production of advanced weapons systems in Lebanon and block the Shiite group from importing them.

Hezbollah, which is also under economic pressure, relies on the Lebanese political map for its legitimacy, so far with much success, as it promotes “resistance” to Israel and the protection of Lebanon as its mission.

When the Lebanese people realize that Hezbollah’s heavy weaponry is the stumbling block to any foreign investments or economic aid, and might even be the cause of future U.S. sanctions that further hamper economic recovery – the terror group may find it has less latitude to act.

Israel should engage in quiet dialogue with all the countries that will be making the economic decisions regarding Lebanon.

The political stalemate in Jerusalem would likely stall any such effort, but there is an opportunity there that must not be missed.

Though Iranian missiles will continue to pose a threat to Israeli security, a weakened Hezbollah can be the persuasion Tehran needs to refrain from attacking Israel.