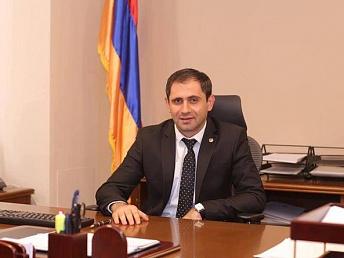 YEREVAN, November 5. /ARKA/. The reason why the construction of a hydropower plant on the border river of Arax near the southern Armenian town of Meghri is delayed is that Armenia and Iran have failed to agree on the cost of the facility, Armenian Minister of Territorial Administration and Infrastructure Suren Papikyan said at a parliamentary hearing of the 2020 draft budget on Monday.

He said the issue had been discussed again last week during a session of the Armenian-Iran commission on economic cooperation. ‘We presented our price to the Iranian side, but it caused some disagreement. Nevertheless, negotiations with investors are ongoing,” he said.

According to him, the construction of a reservoir on the Arax River by Turkey is likely to become a serious problem for the operation of the hydroelectric power station as the water level on the Armenian-Iranian border would drop. He said this is what holds back Iranian investors.

According to an agreement signed between Armenia and Iran back in 2007, the hydroelectric power plant, which was to straddle the border river, was to have the capacity to produce 130 megawatts (MW) of electricity. Construction of the power plant was to start simultaneously in Armenia’s Meghri and Iran’s Qarachilar. Each of the stations was to annually produce 793 million kW / h of electricity.

According to Iranian authorities, the construction was to last for five years and cost $323 million. The funding was to come from an Iranian investment company. This project was designed to give an additional boost to economic development of the region and give also a fresh impetus to improving the efficiency of bilateral economic programs. -0-