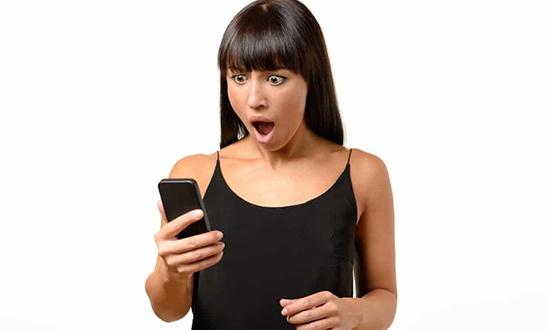 Emma Bunton has revealed she sent a sexy picture meant for her partner to her mother by mistake. When it comes to sending explicit messages, she is far from alone in getting it horribly wrong

Message sent … but to whom? Photograph: Michael Heim/EyeEm/Getty Images/EyeEm

Sexting – the exchange of explicit messages, pictures or videos (for those not in the know) – is frequently awkward. There’s the anxiety-inducing fraughtness of initiating the whole thing, for one, and that’s before you have even said anything. Whether you are being suitably alluring can also be immense cause for concern, which might explain why many people send sexts and nudes to their friends first for iron-clad pre-approval. What’s sexier than a thorough bureaucratic process, anyway?

Spare a thought, then, for poor Emma Bunton. As she revealed on a pilot for Paul O’Grady’s latest TV show, she has had bad sexting luck for a whole other reason: a sexy picture meant for her partner was sent to her mother instead. It may seem like the stuff of nightmares, but unfortunately Bunton is far from alone. One thirtysomething woman told me of a work trip gone wrong, after a nude meant for her boyfriend ended up being sent to her boss, who promptly replied with the two most brutally polite words in the English language: “No problem.” Another described accidentally copying and pasting a putative sext into a chat with a colleague after playing with it in draft form; to add insult to injury, this was after it had already been rejected for being “too embarrassing” to send to its intended recipient.

One friend of mine accidentally sent the autocorrected word “mum” instead of the much more appealing “mmm”, while another mistakenly dropped a sultry shower nude into a group chat just as everybody was debating where to go out to eat.

It could be worse, though; there are also those whose sexts did manage to reach the right person, but didn’t get the desired response. A friend of mine once sadly recounted the night of her own 18th birthday, when she decided to send the object of her affections the first line of Marvin Gaye’s Sexual Healing – “Baby I’m hot just like an oven” – a message to which he did not reply. It’s probably for the best.