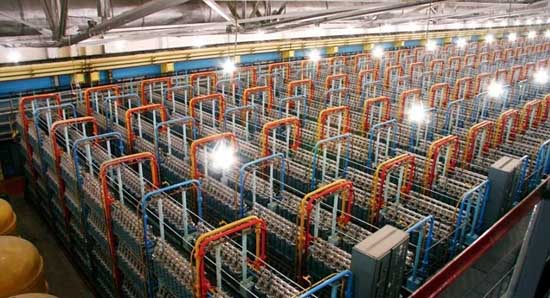 The statement comes just one day after the head of Iran’s nuclear programme, Ali Akbar Salehi, announced that the country is now operating 60 IR-6 advanced centrifuges, a violation of the terms of the Joint Comprehensive Plan of Action (JCPOA).

Iranian President Hassan Rouhani announced that the Islamic Republic will start injecting uranium gas into 1,044 centrifuges on Wednesday, stressing that the signatories to the 2015 Nuclear Agreement have to implement the deal within two months to stop Tehran from suspending its obligations under the accord.

He also noted that all the decisions taken by Iran are reversible, underscoring that the nation will comply with the nuclear deal if the other parties to the accord do the same.

Under the JCPOA, Iran is supposed to repurpose its Fordow Fuel Enrichment Plant as a centre for the production of stable isotopes, refraining from enriching uranium and leaving Natanz as the only uranium enrichment facility.

This is yet another step taken by Iran since May when the country stated it would stop complying with some of the pact’s restrictions, urging European countries to shield Tehran from unilateral US sanctions.

Washington imposed sanctions on the Islamic Republic just one year before Tehran decided on this course of action following US President Donald Trump’s criticism of the JCPOA and call to negotiate another agreement with Iran.

Trump also urged other sides of the agreement to follow his move but Russia, China, France, Germany, the UK, and the European Union reaffirmed their commitment to the accord, calling on both the US and Iran to stop the escalation.

Slippery Slope for Washington and Tehran

Controversy over the nuclear deal is a principal issue in US-Iran relations, but not the only one, as both nations have clashed on various occasions over the years.

Washington and Tehran have repeatedly accused each other of supporting terrorism and destabilizing the situation in the Middle East. Earlier in the year, the US established a maritime coalition to protect oil tankers in the Persian Gulf and neighbouring waters after several mysterious attacks on cargo vessels.

It was also accompanied by a row between the UK and the Islamic Republic, caused by the arrest of the Iranian oil tanker Grace 1 (currently known as Adrian Darya 1) in Gibraltar by the Royal Marines – and detention of the British ship Stena Impero by the Islamic Revolutionary Guards.

In the meantime, the deployment of US troops near the Iranian border has also escalated tensions, especially after Iran downed a US UAV, stating it had violated the country’s borders. The American military, however, denied the allegations, claiming the drone was hit by the Iranian military during a mission above neutral waters.