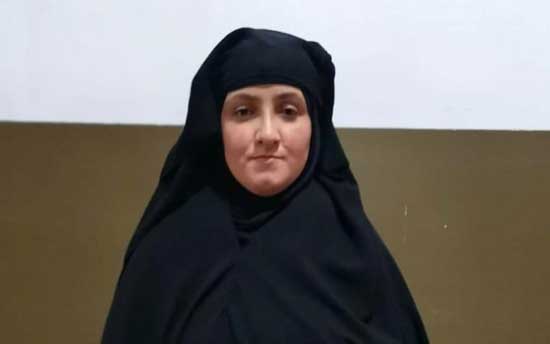 An unnamed Turkish official said the woman is being interrogated along with her husband, but did not provide further details.

The official called the arrest an “intelligence gold mine,” the report says.

According to the report, the 65-year old woman, named Rasmiya Awad, was captured in a raid conducted Monday. Awad was living in a trailer near the town of Azaz, north of Aleppo, a region under Turkish control since 2016 Operation Euphrates Shield.

“This kind of thing is an intelligence gold mine. What she knows about [Daesh*] can significantly expand our understanding of the group and help us catch more bad guys,” the official said, according to AP.

The Turkish official said Awad was taken into custody along with her husband, daughter-in-law and five children. The adults are reportedly being interrogated. Rasmiya is suspected to be affiliated with the Daesh terror group, the official said, without providing further detail.

Abu Bakr al-Baghdadi, whose real name was Ibrahim Awad Ibrahim al-Badri (according to The Daily Telegraph), was an Iraqi from the town of Samarra, north of Baghdad. He was reported dead as a result of a US special operations raid last month. His death was later confirmed by the terror group.