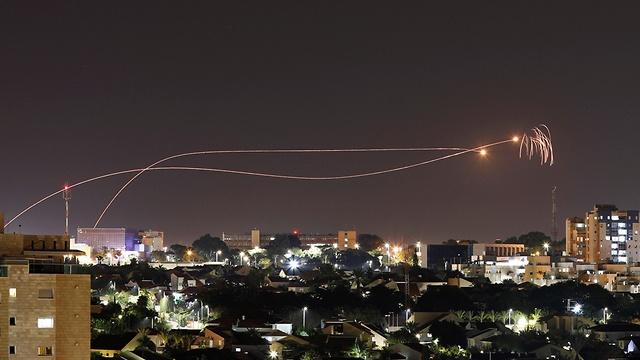 Analysis: As elections loom in both the Palestinian territories and Israel, politicians on both sides engage in populist moves, which could well lead to a military confrontation in the Hamas-run enclave

From that point onwards, all political and security events surrounding the Gaza Strip and the West Bank have been affected not just by one election campaign, but two – in Israel and the Palestinian Authority.

And just as Israeli politics is held captivate by the election campaign, Palestinian politics also operates in the thrallof populism as elections loom.rall

This includes the rocket fire at the weekend as well as the possibility of the Gaza-Israel border heating up.

In the middle of last week, Hamas chairman Ismail Haniyeh sent a positive response to Abbas following the president’s declaration of parliamentary elections, to be held apart from the presidential elections set to take place three months later.

In Israel, in fact, Hamas surprised officials by giving up its traditional position of holding elections for all Palestinian institutions at the same time.

Furthermore, Haniyeh’s letter was signed by all the organizations in the Gaza Strip, including Islamic Jihad.

The power demonstrated by Hamas by uniting the ranks and receiving such political commitment from all the organizations calls into question the firm declaration by Israel’s defense establishment that the responsibility for the weekend attacks lay solely with a rogue commander swayed by Iran and firing whenever the mood took him.

At best, this is a convenient excuse to alleviate public pressure and avoid making too many waves. Even if Islamic Jihad is directly responsible for the rocket fire, it was undoubtedly carried out in coordination with, and with the knowledge of and even encouragement from the Hamas leadership.

As such, the military was right to respond to the attack by striking on Hamas targets – both because Islamic Jihad apparently does not provide enough quality targets, and also because these attacks are an opportunity to erode Hamas’ significant military power. Putting a plane in the air is a costly affair, and if the target is not of high enough quality it’s a waste of money.

Hamas communicates with Israel via rockets and did so last weekend.

In the past two months, there has been a significant drop in violence of all forms from the Gaza Strip. This was down to Israeli deterrence – a concept invented by Israel when it comes to counterterrorism to explain its successes and justify its failures.

Deterrence is a concept related to an unconventional arms race, and that is where it should stay. The calm lasted because the terrorist army, namely Hamas, had an interest in preserving it.

Israel has demonstrated its willingness to implement what Hamas sees as its commitments for the ceasefire between the two sides. There have been positive developments in the form of a field hospital established in northern Gaza, site visits with the aim of setting up the new electricity line for the Strip, and other steps to ease economic depravations.

But direct or indirect discussions between Israel and Hamas apparently became bogged down in the past week, and so Hamas made sure that someone sent Israel a message of dissatisfaction.

Now, with the elections on the horizon, demands from Israel will only increase. But Hamas also has a base that it relies on, and so the likelihood increases of more and more clashes along the Gaza border fence.

As in Israel, there is a chance that this behavior will run contrary to the will of the Palestinian public. In Israel there are always elections, but on the Palestinian side, Hamas and Fatah will ultimately be unable to reach an agreement on voting.

In the meantime, there will be populist rage on the Israeli and the Palestinian sides, which could lead to a military confrontation.