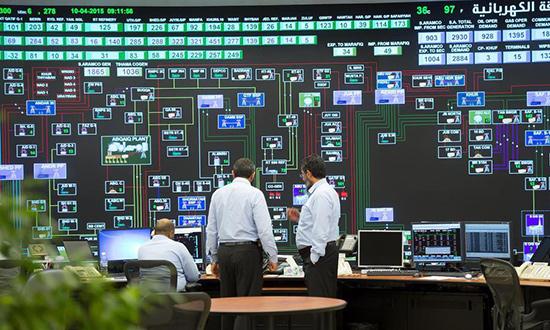 Saudi banks, institutional investors, and average citizens will bear the brunt of any overvaluation of Saudi Aramco, the state-owned oil giant set to float shares on the national stock exchange next month.

Crown Prince Mohammad bin Salman has long expressed his desire for a US$2 trillion valuation. Its fair value, analysts believe, could be as low as $1.2 trillion.

“The deal will be seen as a litmus test for MBS’s reform program,” a Gulf-based economist told Asia Times on condition of anonymity. “The challenge is setting a credible share price ensuring it doesn’t lead to market volatility in the future which could potentially leave millions of Saudi’s out of pocket.”

A major question is whether the crown prince will “allow realism to win over bravado” when it comes to the valuation.

The major international banks participating – Bank of America, EFG Hermes, and others – have meanwhile left themselves around $1 trillion of wiggle room in their low-high estimates on the valuation.

The higher-end valuations, in each case, meet or exceed the crown prince’s desired $2 trillion.

Those banks will face little risk from acting as intermediaries, while benefiting from a state-backed campaign to encourage Saudi investment as a form of patriotism.

Saudis who invest major resources, on the other hand, stand to lose the most.

“A fall rather than rise in the share prices following the IPO carries considerable risks, given the billions likely to be sucked into the deal for local investors, who will include ordinary Saudi families as well as high net-worth individuals and local corporates who allegedly are more or less being pressured into participating in the IPO,” the Gulf-based economist said.

Saudi banks in the absolute monarchy are rumored to be going so far as to offer cheap credit to encourage participation in the sale.

Beyond concerns of overvaluation, the local banks, institutional investors, and the stock exchange itself will be at the mercy of potential drops in the price per barrel and attacks on the country’s oil facilities.

A Johannesburg-based investment banker whose bank is not participating in the IPO noted that despite the profitability of the company, future risks include a sharp fall in oil prices and longer term shifts to renewable energy.

“There are some sweeteners, for example if you hold 10 shares for six months you could end up with one bonus share. It’s not a terrible business overall,” he said. “The biggest question is, for how long?”

“It could get ugly pretty quickly if the oil price starts to tank and, in the worst case, could impact the average Saudi,” the banker told Asia Times, adding:

“The threat of renewable energy is too large to ignore. Local Saudis may survive the IPO but get screwed down the line. That could be anything from a year to three years down the line.”

Norway’s $1.1 trillion sovereign fund last month said it was divesting from companies working exclusively in fossil fuels to protect stakeholders from dips in the oil price – raising the prospect other major funds could follow suit.

The entire index, he notes, could spiral downward should investors take flight over a sharp fall in oil prices or an attack like the one on Aramco facilities in September.

In such a case, Saudis are again paying the price.

The local listing, while fraught with risks to investors, will not generate a transformative sum of cash for the country.

“Assuming 2% of the company is sold and a valuation of $1.7 trillion yields about $34 billion, this is not a large amount – not even enough to fill the budget deficit for a year,” emphasized Ziad Daoud, Chief Middle East Economist at Bloomberg, in a paper he shared with Asia Times.

“And it’s hardly transforming for an $800 billion economy. If the Tadawul listing is intended as a pep rally to a foreign listing, it will be complicated to replicate the state-backed call for investors.

“Lets assume that theoretically the government could engineer getting the valuation it wants domestically by pressuring its people and companies. Can they replicate that internationally when it’s time to dual-list?” the Gulf-based economist asked.

The answer, he said, is obviously not.

With the New York Stock Exchange off the table because of the 9/11 families lawsuit, London in turmoil over Brexit and Hong Kong rattled by ongoing protests, there appear to be no viable options for a Saudi Aramco as it is.

The window may have also passed for appetite by foreign investors as oil prices remain low.

“It could be it stays just in Saudi, because it depends on profitability of the company and oil price,” said John Sfakianakis, chief economist at the Gulf Research Center in Saudi Arabia. “Investors are taking money out of the oil sector. As are sovereign funds and pension funds globally.” Moreover, “we’re flirting with a global recession,” he told Asia Times.

The window for a windfall of IPO-generated cash sought by Mohammad bin Salman may well have passed.