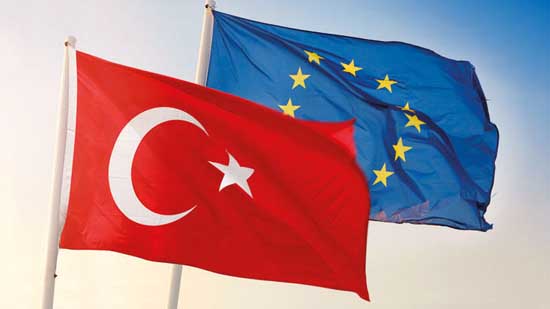 Turkey is “very important” to the European Union and trust must be rebuilt between the two sides, said the EU Parliament’s new Turkey rapporteur.

In his first-ever interview with media after coming to office, Nacho Sanchez Amor told Anadolu Agency that he would endeavor to be objective during his term, and maintain contact with any interlocutors concerned.

Stressing that the EU recognized Turkey has “legitimate concerns on security,” Amor said this did not constitute consent to Ankara acting “unilaterally” in Syria, referring to Turkey’s recent anti-terror operation in northern Syria.

Ankara and Damascus had signed the anti-terrorism Adana Agreement in 1998 aimed at easing Ankara’s concerns over the presence of the PKK terror group in Syria.

Amor underlined that Turkey’s operation in northern Syria was a major obstacle to developing Ankara’s relations with Brussels, which he said shared a wide consensus over the issue.

Amor said he remembers both Alan Kurdi — a Syrian child who drowned in the Aegean Sea while trying to cross to Greece — and the toddler Muhammed, who was killed in a cross-border mortar attack on the town of Akçakale in Turkey.

The mortar attack which killed toddler Muhammed was conducted by YPG/PKK terrorists from Syria.

“I have to criticize sharply any attack on any civilian target coming from anywhere in that area,” he stressed.

Amor underlined that the EU always praised Turkey’s acceptance of refugees, which he said was a “shining example” of the EU’s principles and values.

He said Turkey has a “complete right” to ask EU for support in sharing the burden of refugees.

Amor added that he was planning to make his first visit to Turkey in January.